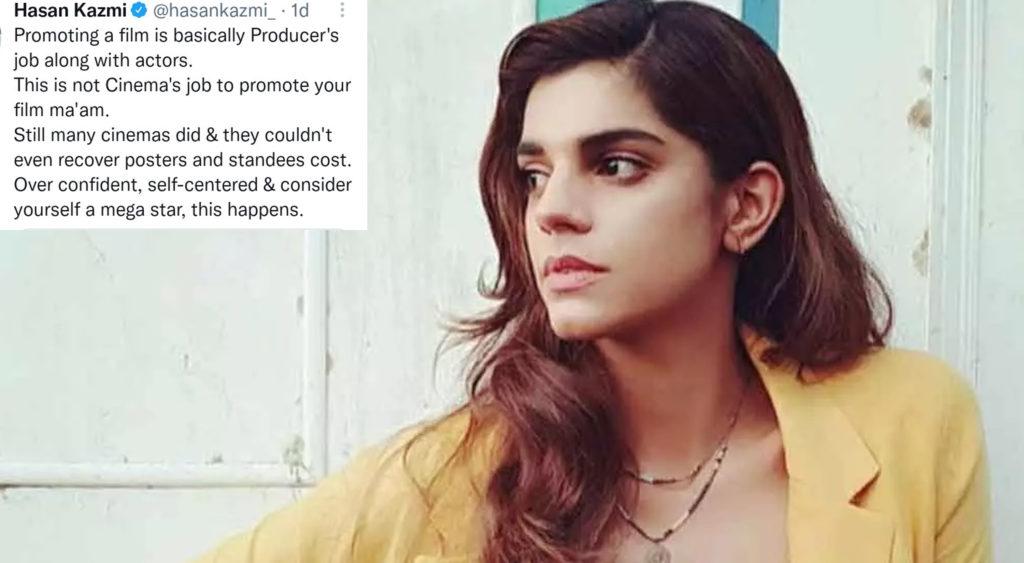 Sanam Saeed, whose starrer ‘Ishrat Made In China’ is running in cinema, has just engaged with a journalist named Hasan Kazmi who called the actress self-centered.

It all started two days ago when the Daam actress expressed disappointment in Nueplex cinemas for not putting up any of Ishrat Made In China’s posters. Specifically mentioning the Rashid Minhas Road branch.

A little disappointed in #nuplexcinemas for not putting up any of our film posters, especially on Rashid Minhas Road. People will always come to see superhero films. They have a long legacy behind them. Pakistani films need cinemas support. @JBFilmsPK please see to it .

This is when Hasan Kazmi specifically hit back at her and called her self-centered while criticizing her movie. That’s when Sanam Saeed decided to respond to his tweet. Let’s have a look: 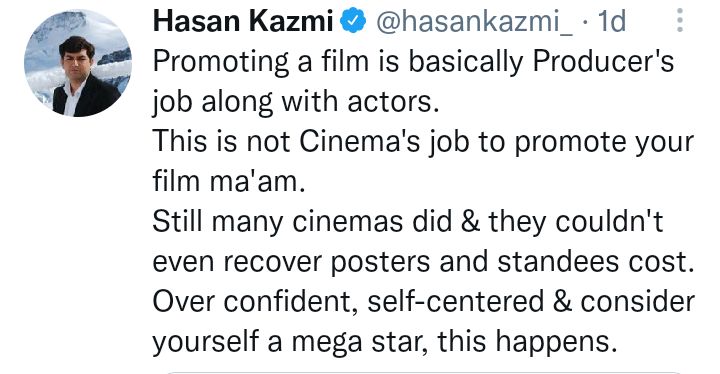 However, Saeed had already shared Nueplex’s positive response, however, the journalist still chose to engage in a war of tweets with the actress. Written by Ahsan Raza Firdousi, Ishrat Made In China is directed by Mohib Mirza himself it’s his screenplay. The is an action-comedy is a spin-off of Mirza’s satirical show Ishrat Baji (2006). 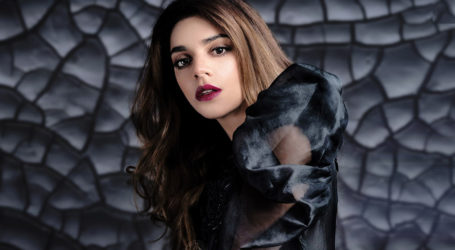 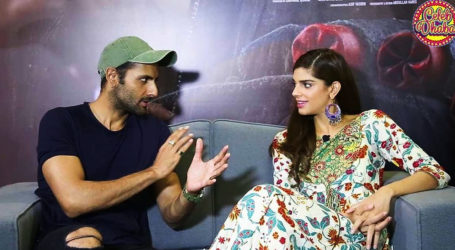 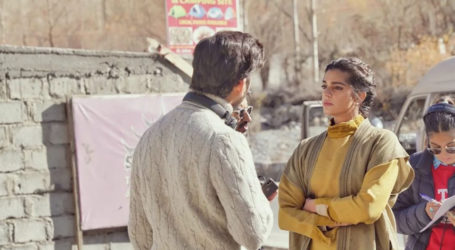