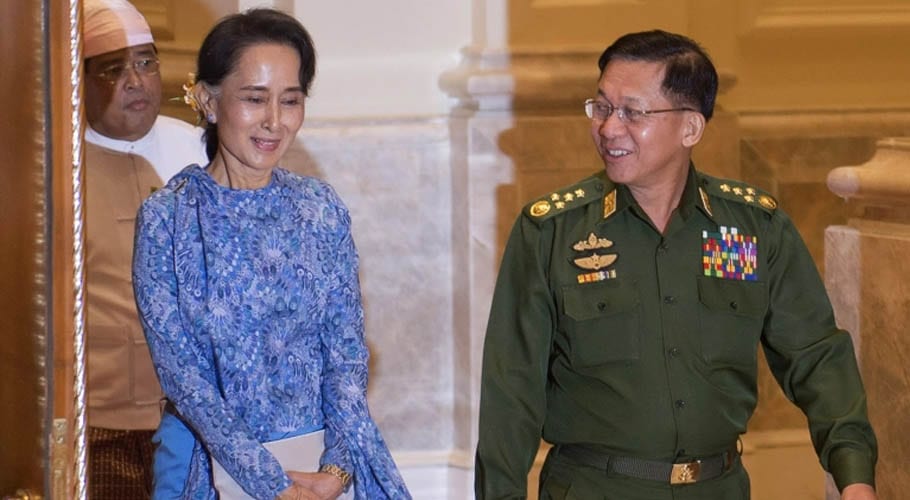 YANGON: Myanmar police have filed charges against ousted leader Aung San Suu Kyi for illegally importing communications equipment and she will be detained until February 15 for investigations.

The move followed a military coup on Monday and the detention of Nobel Peace laureate Suu Kyi and other civilian politicians. The takeover cut short Myanmar’s long transition to democracy and drew condemnation from the United States and other Western countries.

A police request to a court detailing the accusations against Suu Kyi said six walkie-talkie radios had been found in a search of her home in the capital Naypyidaw. The radios were imported illegally and used without permission, it said.

A separate document showed police filed charges against ousted President Win Myint for violating protocols to stop the spread of the coronavirus during campaigning for an election last November.

The charges against Suu Kyi “just compound the undermining of the rule of law in Myanmar and the democratic process,” United Nations spokesman Stephane Dujarric told reporters on Wednesday.

Suu Kyi’s National League for Democracy (NLD) won November’s election in a landslide but the military, headed by Army chief General Min Aung Hlaing, claimed the vote was marred by fraud and justified its seizure of power on those grounds. The electoral commission had said the vote was fair.

The chair of the ASEAN (Association of Southeast Asian Nations) Parliamentarians for Human Rights, Charles Santiago, said the new charges were ludicrous.  “This is an absurd move by the junta to try to legitimize their illegal power grab,” he said in a statement.

The Group of Seven largest developed economies condemned the coup on Wednesday and said the election result must be respected.

“We call upon the military to immediately end the state of emergency, restore power to the democratically-elected government, to release all those unjustly detained and to respect human rights and the rule of law,” the G7 said in a statement.

China has not specifically condemned the coup in its neighbour but the foreign ministry rejected the suggestion that it supported or gave tacit consent to it.

“We wish that all sides in Myanmar can appropriately resolve their differences and uphold political and social stability,” foreign ministry spokesman Wang Wenbin told a briefing.

On Tuesday, the United Nations special envoy for Myanmar, Christine Schraner Burgener, urged the Security Council to “collectively send a clear signal in support of democracy in Myanmar”. US President Joe Biden has threatened to reimpose sanctions on the generals who seized power. 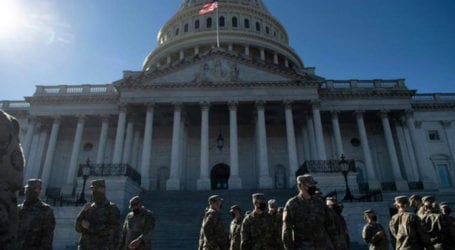 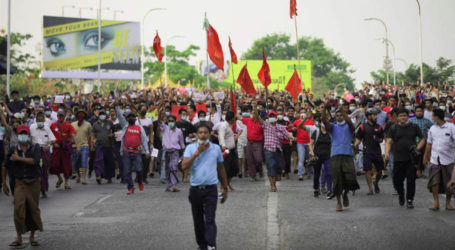 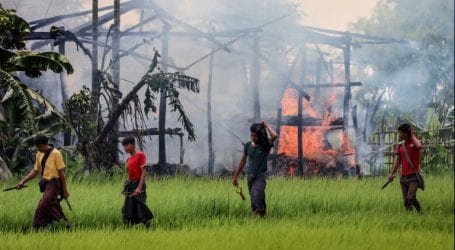