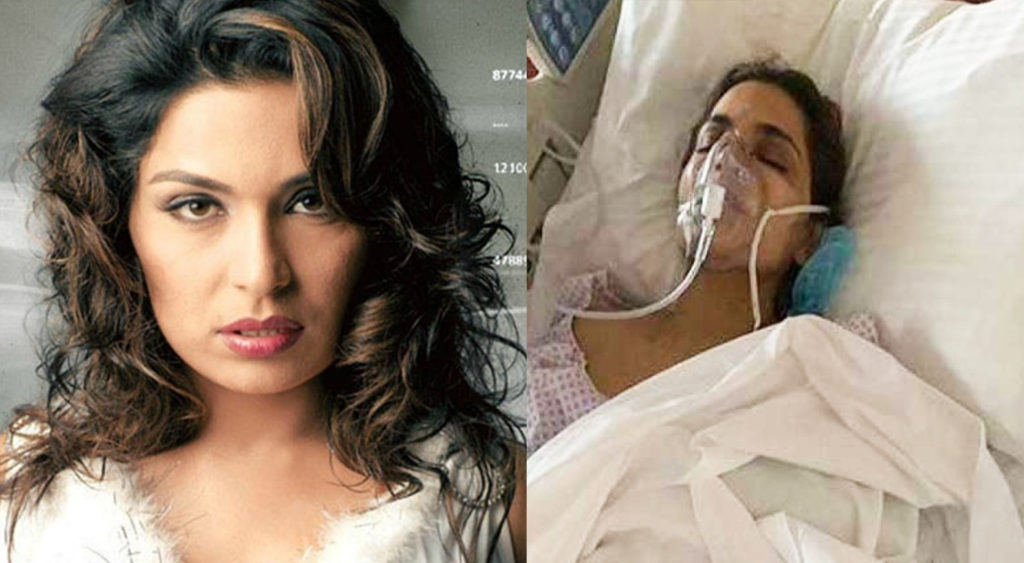 It has been reported that actress Meera was released from a mental asylum and has been ordered to leave the United States within two days.

Earlier on Thursday, the Baji actress was forcibly admitted to a mental hospital in New York after being declared ‘mentally unwell’ by a doctor during her US trip. Meera was reportedly discharged from the mental hospital on Thursday after Captain Naveed paid $50,000 for her bail.

The actress has been ordered to leave America immediately and advised to continue her mental treatment in Pakistan. Meera’s father-in-law was also reported to have said that she would be sent to the country on an urgent basis.

Read more: Meera’s manager turns down claims of her being forcibly held in mental asylum

Earlier, the news of Meera being forcibly held in the US, when circulated on social media, it was considered a joke at first, however, the situation escalated quickly when Meera’s mother herself confirmed the news saying that she had received a call from her daughter who claimed that the US police is sending her to a psychiatric facility in New York. “She did not tell me why they were doing that, but said she repeatedly told them that she was an actor and not mentally ill,” lamented Meera’s mother.

On the other hand, Meera’s manager Muhammad Qasim, who is based in Pakistan turned down the claims and termed the news fake. According to him, Meera is perfectly fine and at her home in the US. He also claimed that Meera’s mother is spreading rumours to resolve a personal dispute.