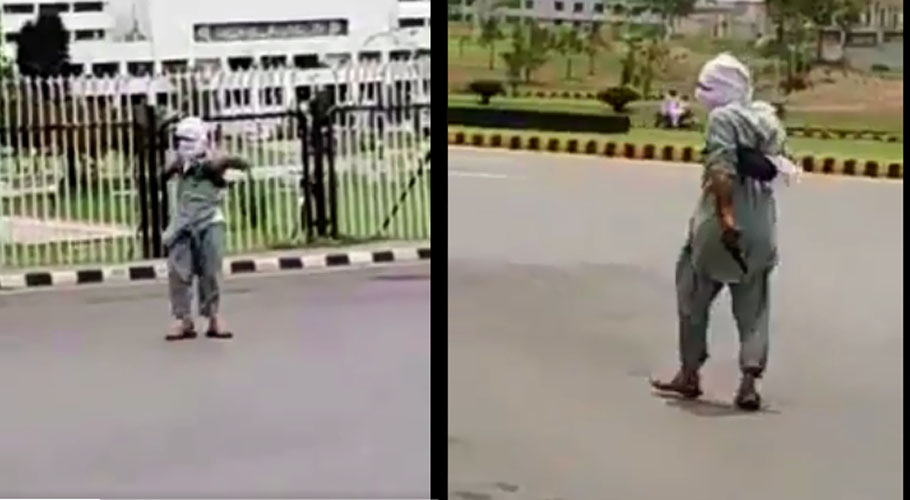 A man was roaming outside the Parliament House with a gun. Source: Twitter.
July 12, 2021

ISLAMABAD: Police arrested a man wielding a pistol and carrying a knife outside the Parliament House on Monday.

A video showed a man roaming outside the Parliament House with a gun in one hand and a knife in the other, as several security officials surrounded him.

Police arrested the man and shifted him to Secretariat police station and a pistol was confiscated from him. Police said initial investigation revealed that the man, aged 45, was a resident of Chakri area in Rawalpindi.

Chairman Senate Sadiq Sanjrani has taken notice of the incident instructed Inspector General Police (IGP) Islamabad to prepare a report on the matter.

Interior Minister Sheikh Rashid Ahmed said that the weapon confiscated from the man had no bullets inside. He confirmed that the police had arrested the man and further investigation was underway.

Police said the man seemed to be suffering from a mental illness and his records were being checked. Police revealed that the knife and the pistol seized from the suspect. 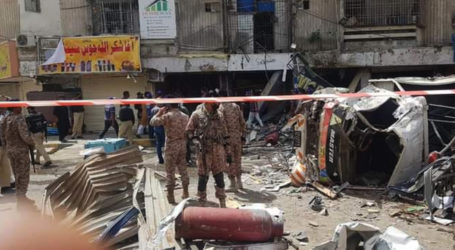 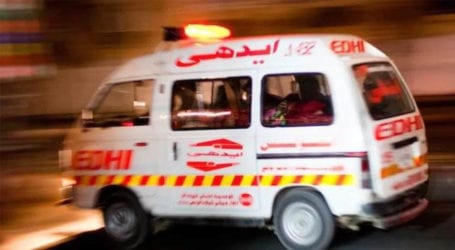 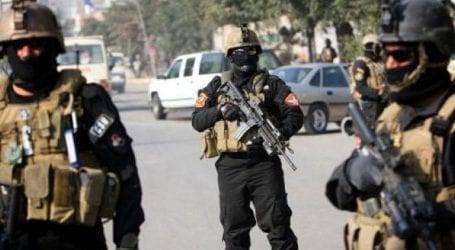