The ruling by the Court of Cassation marks a major setback for Lafarge (Inside Arabia)
September 8, 2021

France’s top court has overturned a decision by a lower court to dismiss charges brought against cement giant Lafarge for complicity in crimes against humanity in Syria’s civil war.

According to the TRT World, the documents obtained by Anadolu Agency has stated that French cement giant Lafarge financed Daesh and constantly informed the French intelligence services about its relationship with the terrorist organisation.

The ruling by the Court of Cassation marks a major setback for Lafarge, which is accused of paying nearly 13 million euros ($15.3m) to armed groups including the ISIL (ISIS) group, to keep its cement factory in northern Syria running through the early years of the country’s war.

The documents belonging to French institutions revealed that one of the world’s largest cement giants, French Lafarge, constantly informed the French domestic, foreign and military intelligence services about its relationship with Daesh, and that the relationship is within the knowledge of the French state. 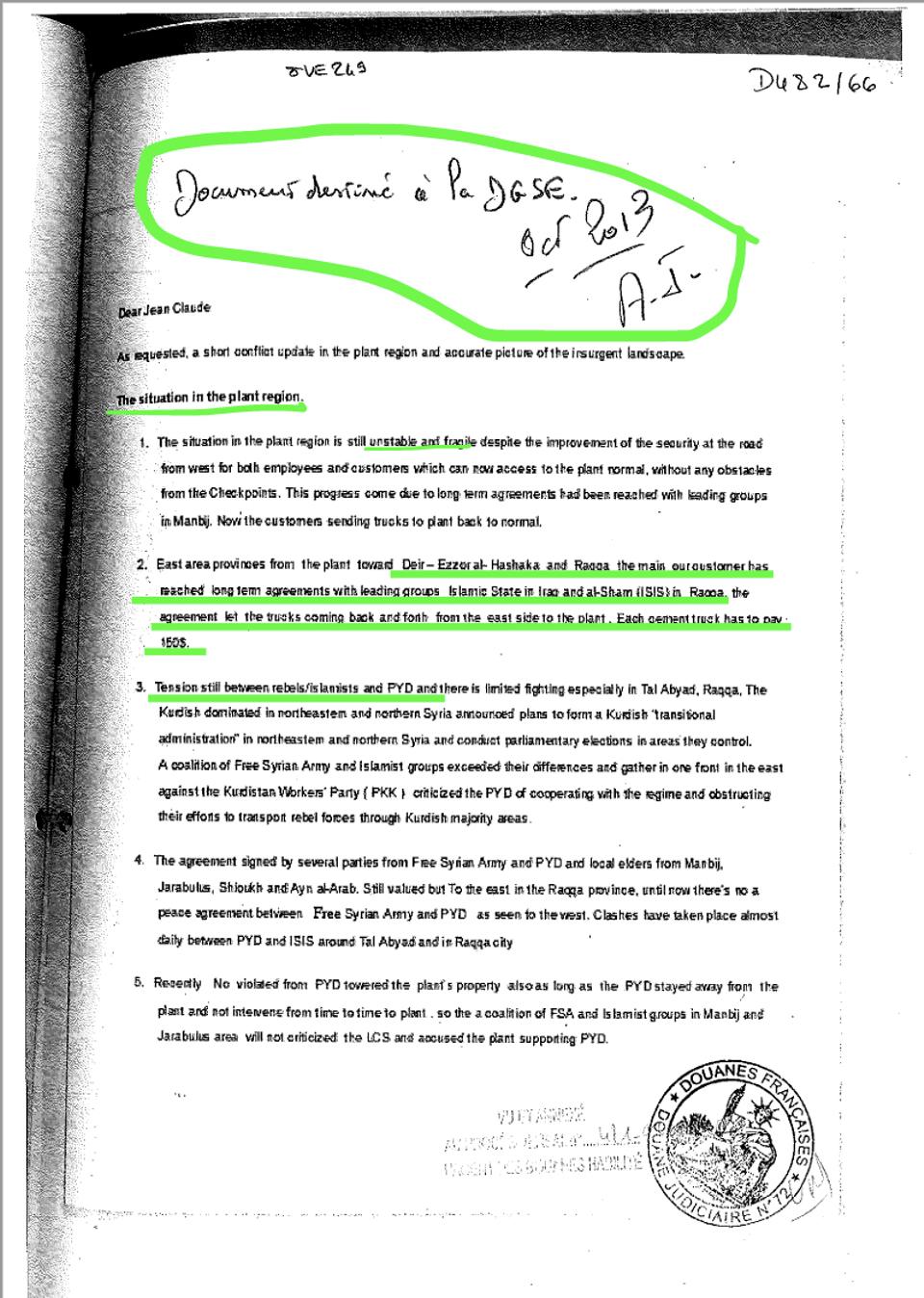 It is also noted in the documents that the company had commercial relations with Daesh, which built shelters for itself with its cement, even after it took over the factory, and it was noted that Daesh also financed itself by selling Lafarge cement.

The relationship between Lafarge company and the French intelligence service started with an e-mail sent by the company’s security director Jean Claude Veillard to an address belonging to the Ministry of Interior intelligence on January 22, 2014.

Company official Veillard stated in his e-mail that Lafarge is still active in Syria and needs to establish relations with “local actors” in order to continue its work.  The director of security asked the intelligence service how much risk their executives and headquarters were at, noting that there had been some negative press coverage about them.