A group of students from Karachi have developed a machine to generate cheap electricity from flowing water which can help solve the power crisis in the country.

The students of Usman Institute of Technology, after months of hard work have completed the project called ‘Burak’ which can generate up to 1 kW of electricity. The machine can also be used on rivers, streams or canals to generate electricity.

While talking to MM News, Saad Sarmad Sattar, a student of the university, said that they have designed Project Burak to generate electricity with minimum flow of water.

He said hydel power projects and electricity generation in Pakistan is only confined to extent of dams.  “Dams are very expensive and take years to build. The turbine used in our project starts rotating using the water of any stream and generates electricity,” he said. “Along with rivers, our power generation turbines can be used in villages with irrigation systems”.

Malik Mohammad Ali, another student working on the project, said they took it to Hub River for testing and have also tested it in the Lyari River. He said their experiment was successful in both locations and the project generated electricity.

Another student, Safeer Ahmad Khan, said that the purpose of creating the Burak project was to make people self-sufficient in electricity generation. He said project maintenance costs will be zero and there is no waste production.

Muhammad Ali said that it took us six months to prepare the project, while Saad revealed they spend Rs. 150,000 on the project. Safeer Khan said that all the expenses incurred will be recovered within 17 to 18 months after which the electricity generated would be free. He said the costs can be reduced significantly if it is developed on a commercial basis.

Dr Abdul Qadir, who was supervising the project, said that the most important part of Burak is its turbine. He said the students have designed this project keeping in mind the target of 1 KW at the time of preparation.

“If it is placed in any flowing water, it will generate electricity. Electricity consumers will be independent in every way. You will not have to depend on anyone for power supply,” he said. 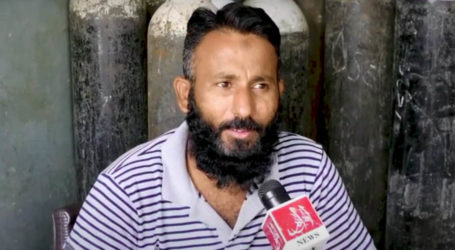