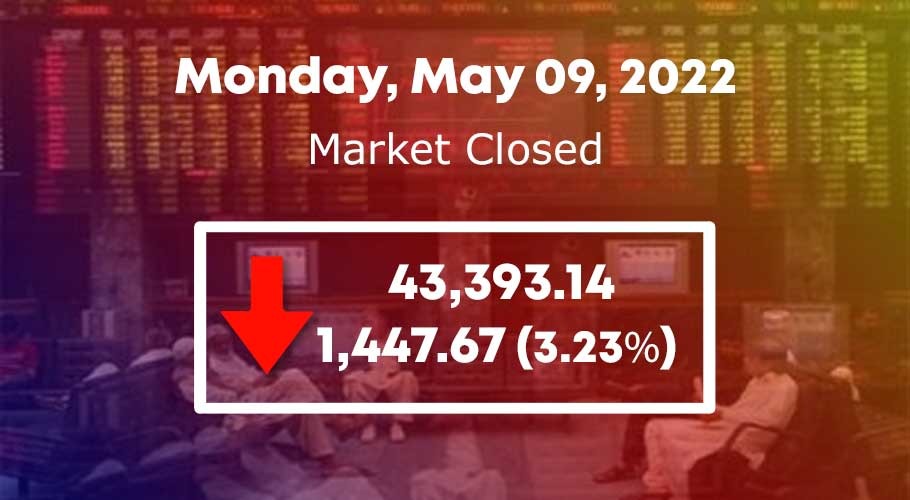 KARACHI: Pakistan Stock Exchange (PSX) witnessed carnage on Monday as it plunged by more than 1,600 points in intra-day trading on the first day of the week.

KSE-100 Index opened at 44,840.81 points but continued its downward trajectory throughout the day. The bourse had reached its lowest level of 43,233.21 points which represented an intraday decline of 1,608 points.

Of the 96 traded companies in the KSE100 Index 6 closed up 89 closed down, while 1 remained unchanged. The only sectors propping up the index were Sugar & Allied Industries with four points.

Sector wise, the index was let down by Commercial Banks with 305 points, Cement with 237 points, Technology & Communication with 183 points, Oil & Gas Exploration Companies with 130 points and Fertilizer with 104 points.

The PSX tumbled after global equities tumbled due to concern over inflation, possible recession and tightening lockdown in the Chinese cities of Shanghai and Beijing. Investor confidence was knocked by the higher commodity prices and uncertainty regarding the 7th review of the IMF program

On the economic front, the country’s trade deficit ballooned by 64.79% to stand at $39.36 billion during the first ten months of the current fiscal year, mainly due to an exponential growth in imports and slow growth in exports. Foreign exchange reserves continued to decline and reached $16.55 billion after a $115mn decline during the week.

In addition, the Pakistani rupee continue downward journey in the interbank market. The dollar was trading at Rs188.5 in the interbank as the rupee depreciated by Rs1.25 while the open market rate of the greenback was Rs187.8.

The government is expected to resumed talks with the IMF after May 18. There is also the risk of interest rates rising in the next monetary policy which has dampened investor confidence. 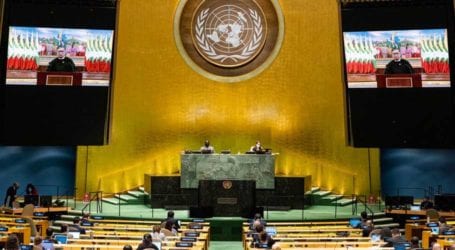 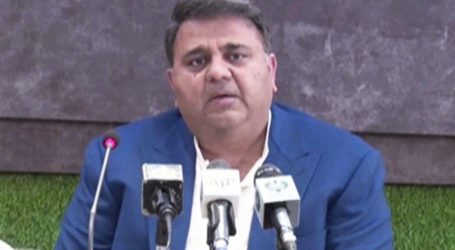 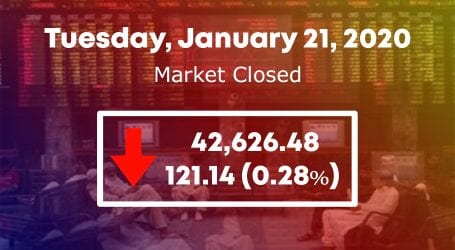