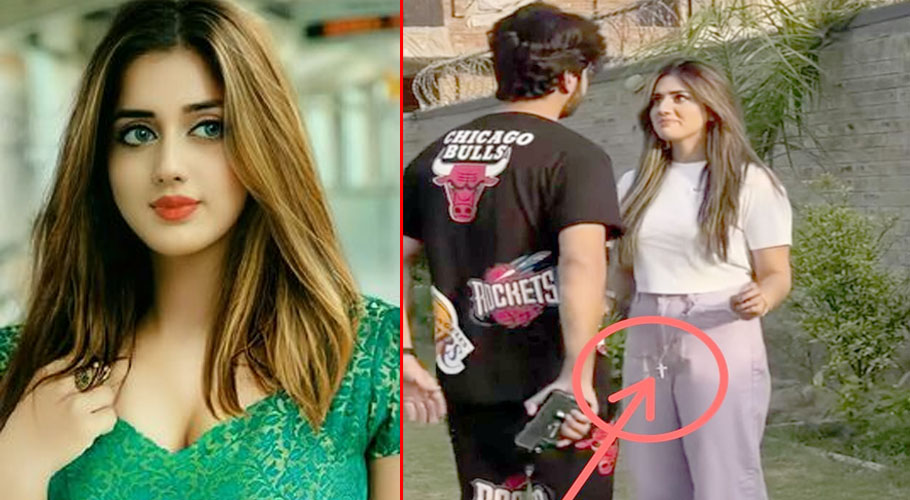 The issue of blasphemy in Pakistan has reached a critical stage and Muslims and people of other faiths are constantly being accused of blasphemy in the country, while mockery of Christians and other religions and the use of obscene language is also on the rise.

Just a few days ago, Janat Mirza, a TikToker, recorded a video in which she had improperly hung the Christian religious cross on her clothes, which has caused greatly outraged among Christians living in Pakistan.

The Christian community is questioning how Muslims, who do not spare people on false accusations and blasphemy, react to the TikToker’s offensive act or will there be any punishment for the girl according to the law of blasphemy or maybe the rules are only to suppress minorities.

A request to file a case by the members of the Christian community at the Federal Investigation Office in Gulberg, Lahore has been made after the incident took place. The petition states that the TikToker made a video in which Janat Mirza has placed a Holy cross with a chain on the front of her pants’ zipper.

“Janat Mirza has deliberately desecrated the sacred symbol of the Christian cross and hurt the hearts of millions of Pakistani Christians and hurt our religious sentiments,” the petition said. A case should be registered against them and they should be punished.

A mockery of Christian values

Janat Mirza has apologized for dishonoring the Christian religious symbol in her video. A few months ago, a young Muslim girl made a cross on the ground and challenged Christians by walking on it, but later apologized and the matter was over, but it is very unfortunate that you first make fun of a religion and then apologize. Such incidents against minorities will not end unless there is equal action on blasphemy.

Penalties In Pakistan, Articles 295 and 298 of the Constitution are called blasphemy laws. One of them is the death penalty for serious insults under Article 295 (c). 295 a. Determined sentences can be up to ten years.

Similarly, 295 article prescribes the punishment for disrespecting the Holy Quran and 295c prescribes the punishment for blasphemy against the Prophet of Islam (PBUH) or making dishonest direct or indirect statements about them that create a bad, selfish or harsh impression about them or have a detrimental impression on them or cast doubt on their holy name and making fun of them;  all of them will be punished with life imprisonment or death as well as fine.

Will Janat Mirza be punished?

According to Christians, the religious values ​​of minorities are repeatedly ridiculed in Pakistan. However, the law never acts against those culprits who are responsible, while entire settlements are burned down under false accusations against non-Muslims. An example should be set by punishing Mirza severely.