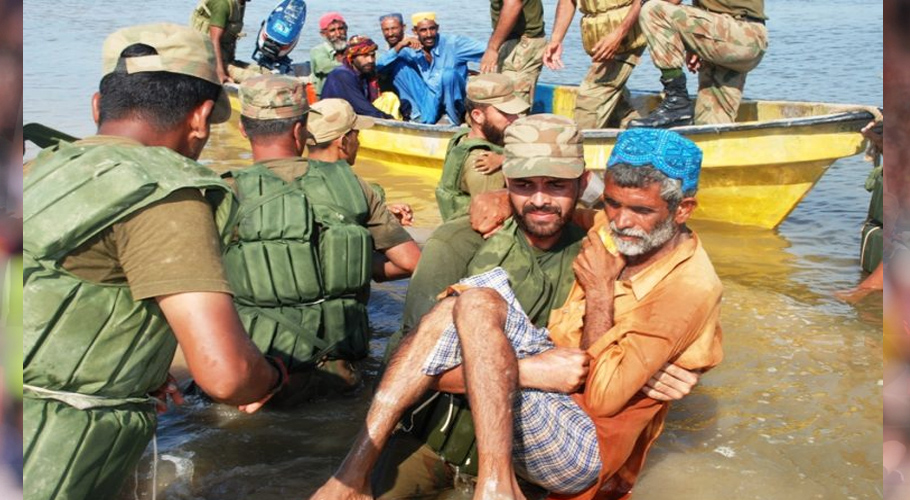 RAWALPINDI: Pakistan Army relief efforts continued in flood-hit areas of various districts across the country along with Navy, Frontier Corps (FC), and Rangers troops constantly assisting the civil administration and local communities in all flood-affected areas, ISPR said in its flood update.

According to ISPR, Army and FC Flood Relief activities have been going on in various flood hit areas of the country. Troops are involved in rescue, relief efforts as well as providing medical care and opening up communication infrastructure.

All rivers are flowing normal except Indus at low flood at Attock , Tarbela, Chashma, Guddu . Low flood at Warsak & Medium flood at Nowshehra in River Kabul.

Max 133 mm rain has been recorded in Mardan followed by Mohmand (85 mm). Dewatering efforts carried out in Mardan. Flash floods have been reported in local nullahs of Mohmand Distt.

All hill torrents are flowing normal except some increased flow in Mithawan, Kaha & Sanghar Hill torrents. Local commanders visited Rajanpur and DG Khan. Relief items were distributed among flood affectees. Medical camps have been established in both districts.

Complete connectively of Gandhawa has been restored in Jhal Magsi. No isolated area left in Gandhawa and surroundings. Relief activities are underway.

In Khuzdar, M-8 highway is still cut off. Work is being carried on to restore the connectivity.

Moreover, field medical camp has been established by CMH Khuzdar and FC in Hafizabad that provided medical treatment to 145 people thus far.

While, in Naseerabad, relief operation continued to help the affected population of Babakot & Gandakha. Ration and cooked food have been distributed to flood victims. Field Medical Camp in Gandakha also treated various patients.

Bab-e-Dosti in Chaman is fully functional, however N-40 in Noshki has been damaged at 3 places, after the repair work, the traffic has been resumed.

Cooked meals have been served affectees in Noshki, while 2 sorties of MI-17 were conducted to distribute 1500kgs of ration items in Hub and Uthal. General Officer Commanding at Gawadar also visited Hub and Uthal.

Moreover, N-25 has been re-opened after the repair work on damaged bridges. 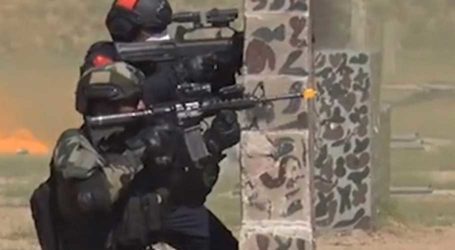 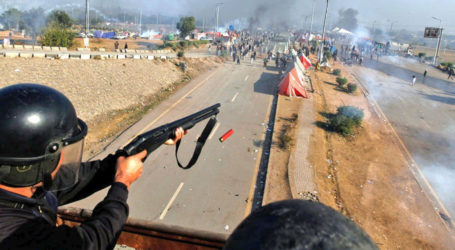 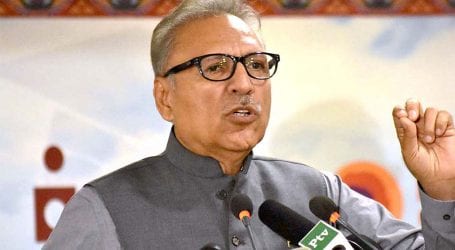