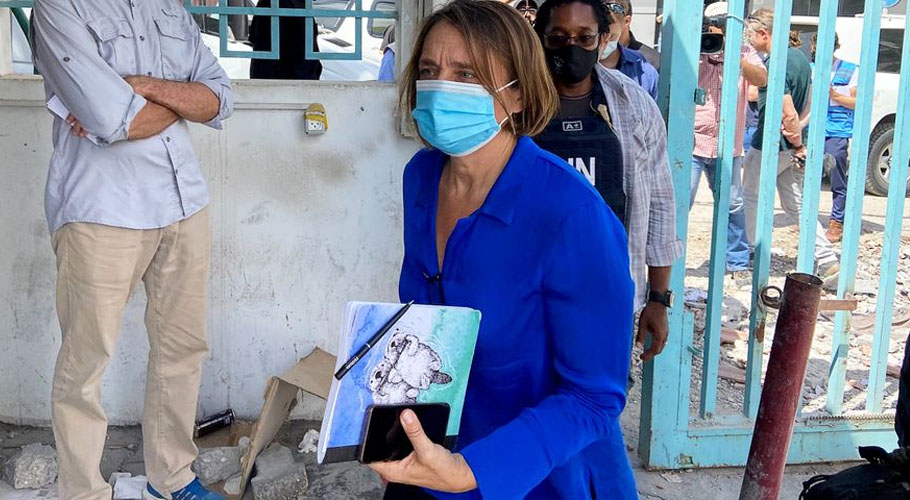 Lynn Hastings, the Head of the humanitarian operations in the Occupied Palestinian Territory, visits Gaza City. Source: Reuters
May 23, 2021

GAZA CITY: The top UN aid official in the region visited the rubble-strewn areas of Gaza hit by airstrikes during fighting between Israel and Hamas, and appealed to both sides to observe a ceasefire as aid teams assess the damage.

“Last night was calm, and we hope obviously that it is going to hold and everybody just needs to stand down and not to engage in any provocative moves,” Lynn Hastings, UN Humanitarian Coordinator for the Palestinian territories, said in Gaza City.

Hastings stopped to talk to survivors on heavily damaged Wehda Street (Unity Street), where Palestinian health officials said 42 people had been killed, including 22 members of one family, during the Israeli airstrikes.

“All my ideas and dreams have ended. I have no more hopes in life,” Riyad Eshkuntana, who lost his wife and four of his five children, told Hastings. “Under the rubble, my children were screaming, and I heard them. Their voices stopped one after another.” read more

The Israeli military said its aircraft had targeted a tunnel system used by Hamas and that this caused buildings above it to collapse. Hastings said she had seen more than just damaged infrastructure.

“I have been speaking to the families here and what they all said is that they have no hope, they feel that they have no control of their lives and their situation is, one woman said, helpless,” she told reporters.

US President Joe Biden has said Washington will work with UN agencies on expediting humanitarian aid for Gaza “in a manner that does not permit Hamas to simply restock its military arsenal”.

Hastings said suitable mechanisms were already in place and had been active since a war in 2014. She cited the “Gaza Reconstruction Mechanism” agreed among Israel, the United Nations and the Palestinian Authority under President Mahmoud Abbas, who governs the occupied West Bank and has negligible influence within Gaza.

“We have mechanisms for monitoring to make sure that assistance does not fall into the hands that is not intended to be directed towards,” Hastings said. “So for us we can continue with that type of mechanism going forward here.”

Qatar, another intermediary between Israel and Hamas, has bankrolled over $1 billion in Gaza reconstruction projects since 2014

Hastings said UN and other relief agencies, including non-governmental organisations, would pool and prioritise resources. She also expressed concern about the spread of COVID-19.

“There are many needs obviously in a situation like this, everything from shelter, healthcare, especially during COVID,” she said. “During COVID it was bad enough here, there was a massive spike in cases right before the escalation, now people are sheltering together.”

Israel has blockaded Gaza since 2007, saying this prevents Hamas from bringing in arms. Hastings said the United Nations had long been asking Israel to stop the blockade and would continue doing so. “The blockade needs to end,” she said. 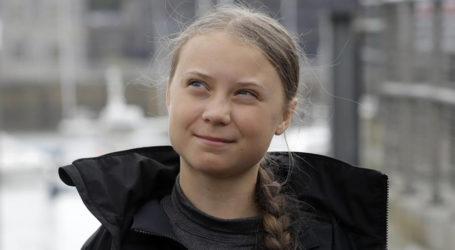 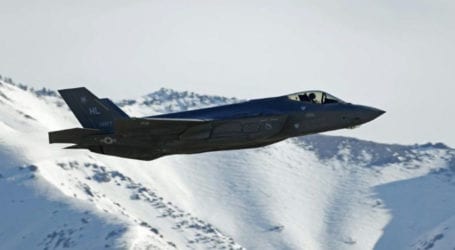 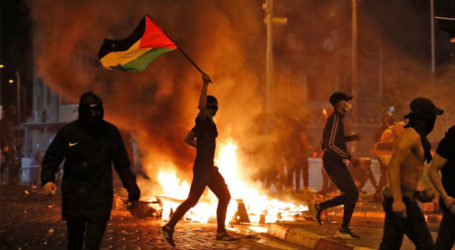