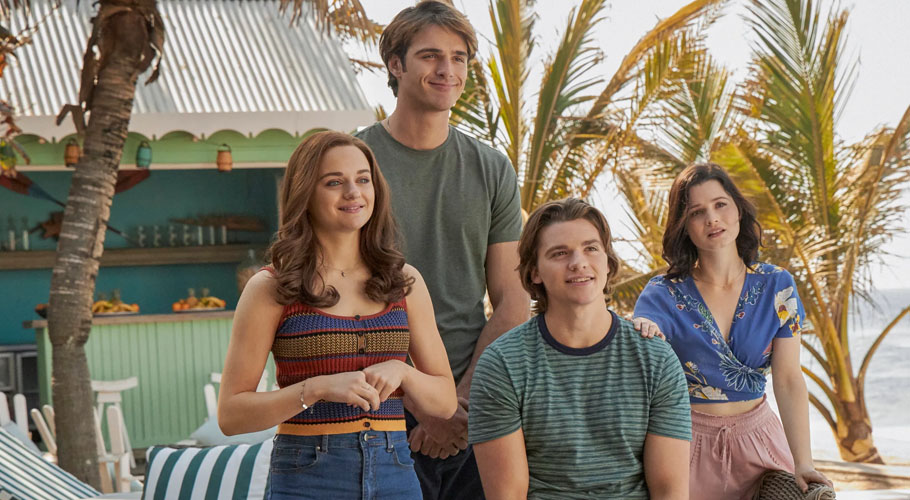 The trailer for The Kissing Booth 3 has finally been released and Elle, Noah, Lee, will be seen together one last time.
July 7, 2021

The trailer for ‘The Kissing Booth 3’ has finally been released and Elle, Noah, Lee, will be seen together one last time.

Timed to International Kissing Day, the new trailer shows the crew reunited for one last installment in the franchise — and yes, there’s a new beach-themed bucket list for Elle (Joey King) and Lee (Joel Courtney) to complete.

The Kissing Booth films are based on the self-published Beth Reekles novels that follow high school student Elle Evans, who is forced to confront her secret crush at a (what else?) kissing booth. In the first two installments, she meets, then falls for, and subsequently dates high school jock Noah.

The third movie, which hails once again from director Vince Marcello (who co-writes here with Jay S Arnold), was shot in South Africa at the same time as the second film. During a special Netflix fan event last summer, King and Courtney confirmed the surprise new film and revealed that the entire cast — including Taylor Zakhar Perez, Molly Ringwald, Meganne Young, Maisie Richardson-Sellers, and more — would be returning on screen on 11th August this year.