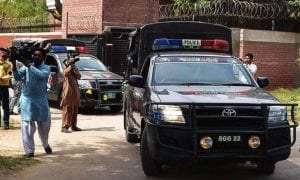 SARGODHA: A 20-year-old girl was shot dead in Sargodha today by a suspect named Mohammad Sher, police said. The deceased, Phulan Shehzadi, was to get married later in the day, according to her family. The suspect, Mohammad Sher, opened fire