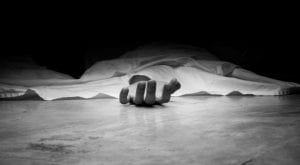 DERA ISMAIL KHAN: Two people were killed in Dera Ismail Khan (DI Khan) on Saturday after a police checkpoint in the district was attacked. The police personnel were attacked by eight unidentified men riding a motorcycle in the Durban area