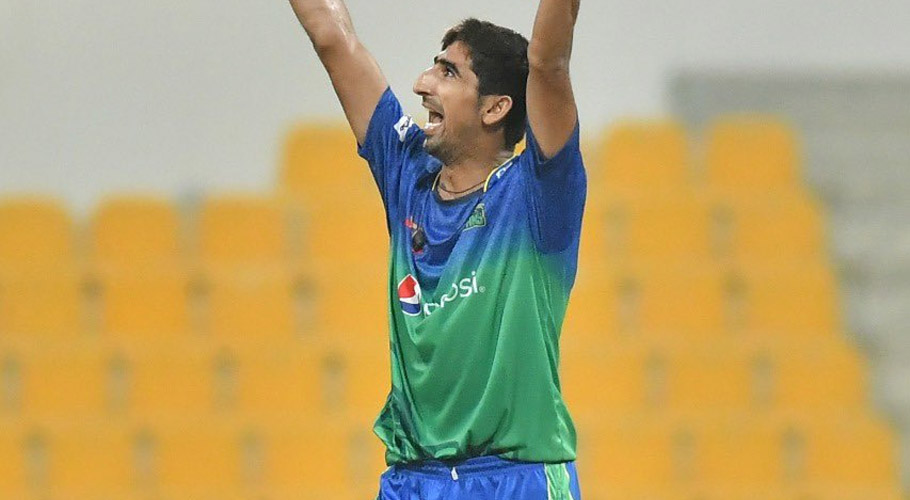 ABU DHABI: Shahnawaz Dahani’s grabbed four for five runs and a quick-fire half-century from Sohaib Maqsood helped Multan Sultans to an emphatic 80-run win over Lahore Qalandars in the 28th fixture of PSL 6 at Sheikh Zayed Stadium on Friday.

Qalandars, in their chase of 170, were bundled out for 89 in the 16th over. Shahnawaz, who recorded his career-best figures, dismissed Fakhar Zaman (13 off 15, one four), James Faulkner (22 off 11, one four and two sixes), Rashid Khan (two off five) and Shaheen Shah Afridi (two off three) in his 3.1 overs.

The right-arm pacer also became the leading wicket-taker in the PSL 6 with 18 wickets at 14 runs per dismissal in eight matches. Imran Khan snr picked three wickets for 24, while Blessing Muzarabani grabbed two for 26.

After being sent to bat first by Qalandars’ captain Sohail Akhtar, Sultans got off to a disappointing start as Shaheen dismissed in-form Shan Masood lbw on the first ball of the match.

Sohaib joined Mohammad Rizwan and the pair added 45 off 30 balls before Rizwan fell to Haris for 15 off 20. Johnson Charles was next to go with scorecard reading 60 for three in the eighth over.

Sohaib and Rilee Rossouw got together and helped Sultans stage a comeback. The pair added 63 runs for the fourth-wicket. The departure of Rossouw (29) in the 15th over and Sohaib in the 17th over dried up the runs for Sultans.

Sultans were able to cross 150-mark and post 169 for eight was because of belligerent batting from Sohail Tanvir, who scored an unbeaten 26 off nine balls, smashing three fours and two sixes. For Qalandars, Shaheen picked three wickets, while Faulkner took two wickets.

The victory took Sultans to second spot on the points table with 10 points from nine games. Qalandars, who suffered their fourth loss in a row, are down to fourth spot of the six-team table with ten points from ten matches. 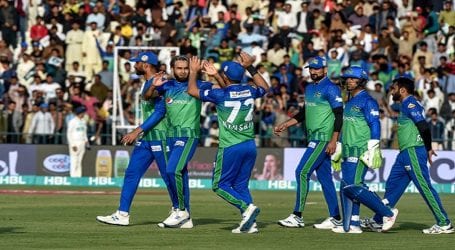 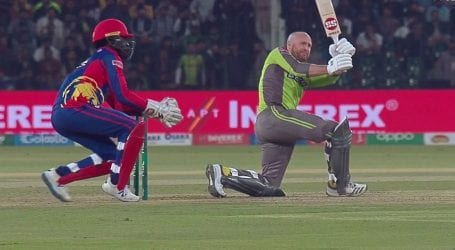 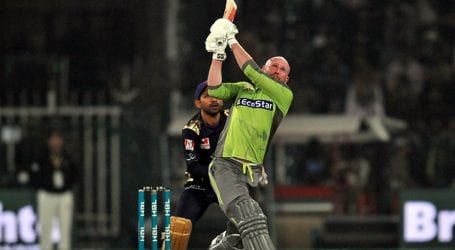