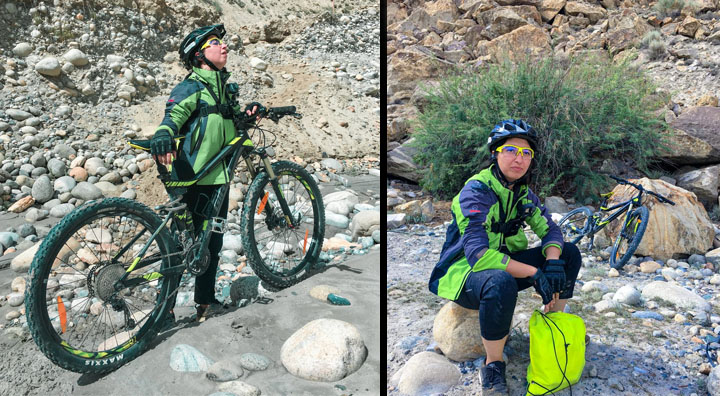 ISLAMABAD: Pakistan’s cyclist Samar Khan has become the first woman to reach the world’s second-highest mountain K2’s base camp on a cycle.

Taking to Instagram, she confirmed that she has covered a long and tough distance to reach K2’s base camp.

“Doorway to Choghori (K2). The stage where prayers are answered or sometimes delayed, where I got to see the clear face of majestic Choghori, standing with grace,” she wrote.

“After a long night of chasing oxygen & silent prayers, the morning brought me face to face with K2, with alot of injuries & shivering cold but with magnificent sight.”

“The distance between Ghoro2 & Concordia is good 5-6 hours rocky track elevating upto 4575 meters & more. But the real deal is to cross the dangerous crevices around Concordia & cross the long Godwin Austin glacier to reach 5000 meters (basecamp),” she added.

K2 is considered one of the dangerous mountains in the world. It is the second-largest peak after Mountain Everest located in Nepal.

Earlier this year, Pakistani mountaineer Ali Sadpara and his partners John Snorri and MP Mohr lost their lives while summiting K2 to make a record in the winter season.