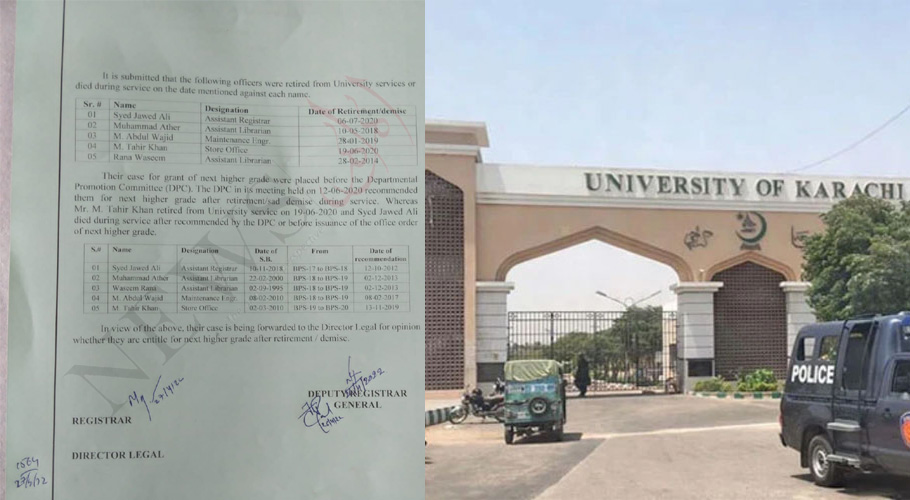 After the blind promotions of Dr. Nasira Khatun, Acting and Interim Vice Chancellor of Karachi University, the retired and the deceased have also been awarded higher grades.

Clerks, Superintendents and Assistants were promoted to 17th and 18th grades by the Acting and Interim Vice Chancellor of Karachi University Dr. Nasira Khatun like the previous administration.

At present, there are either officers or peons left in Karachi University. Besides, the middle class has come to an end, while promotions of few people are withheld by the advisors of interim VC.

Except for those who were recruited during the tenure of Pirzada Qasim Siddiqui, all the people have been promoted. After all the present officers and employees got promoted, the acting and interim vice-chancellor then promoted the employees who reportedly died in 2012.

The Acting and Interim Vice-Chancellor prepared a note sheet for promotions in higher grades to the employees and deceased employees who retired from storekeepers and clinics many years ago and sent it to the Director Legal for legal opinion. MM News received the note sheet. 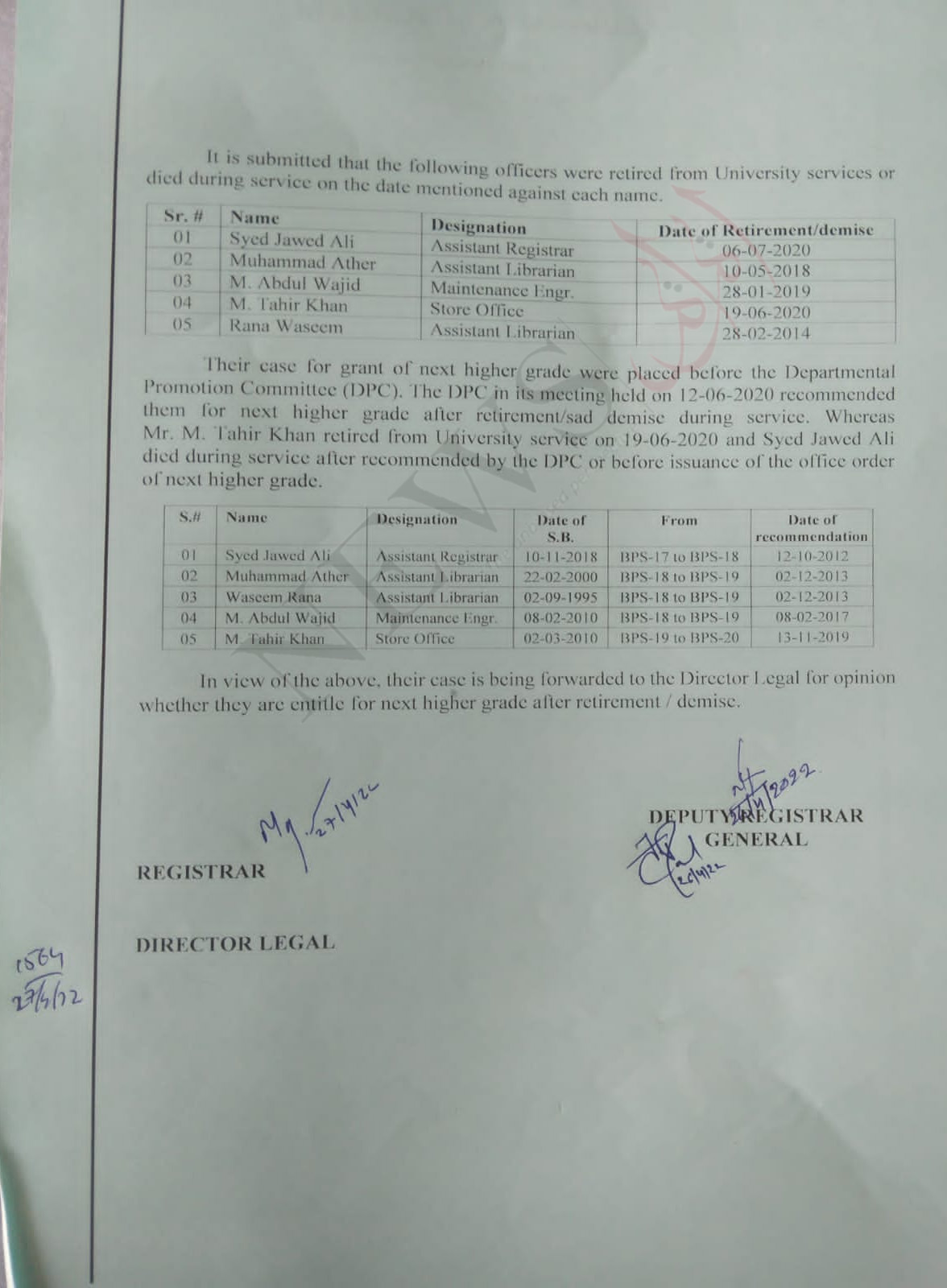 According to the note sheet received by MM News, Assistant Registrar Syed Jawad Ali, who passed away on July 6, 2020, Muhammad Athar, retired Assistant Librarian on May 10, 2018, and M Abdul Wajid, Retired Maintenance Engineer on January 28, 2019 were promoted.

In addition, M. Tahir Khan, former president of the Store Office and Officers Association and MQM worker, who retired on June 19, 2020, and Rana Wasim, a retired assistant librarian on February 28, 2014, were also given promotions. The promotions were recommended two years ago.

According to the documents, a meeting of the departmental promotion committee was held on June 12, 2020, to promote all the aforesaid employees, in which it was recommended to promote these employees, after which former vice-chancellor Dr. Khalid Iraqi suggested putting the recommendations on the syndicate agenda.

However, ignoring the suggestion of Dr. Khalid Iraqi, the said officers were given promotions without being present in the syndicate meeting. According to the documents, Assistant Registrar Syed Jawad Ali, who passed away while on duty, has been promoted from Grade 17 to Grade 18 from October 12, 2012.

It should be noted that the said Departmental Promotion Committee (DPC) also included the President of the Officers ‘Association, whereas never before has the President of the Officers’ Association participated in the DPC. Yes, one representative of this section is present in DPC while there are reports that no representative of any section is present in this DPC.

It should be further noted that the said promotions are the right of the officers and employees, while the present management of the KU is distributing the promotions on nepotism. 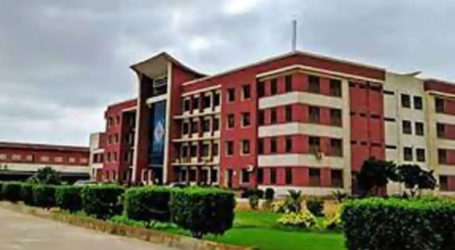 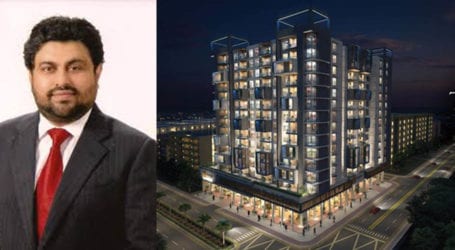 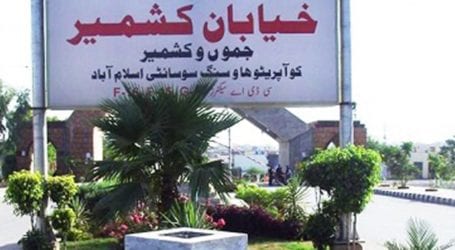