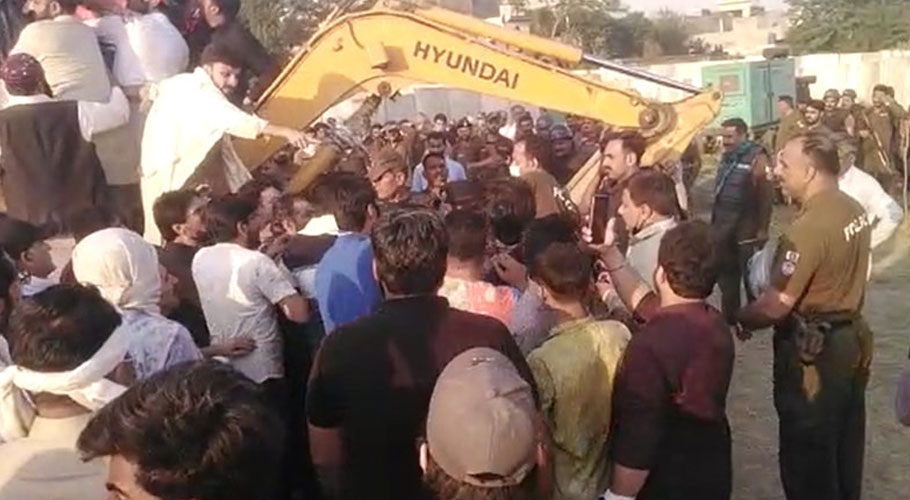 Defiant Imran vows Sialkot jalsa will go ahead after police action
May 14, 2022

SIALKOT: The Pakistan Tehreek-e-Insaf (PTI) has changed the venue of its public gathering from CTI ground — a property of the Christian community — to VIP Ground in Sialkot after the community lodged a protest for not taking prior permission.

PTI leader Shafqat Mahmood announced in a press conference that the rally would now be held at the VIP cricket ground, some five kilometres away.

Talking to journalists, Sialkot District Police Officer (DPO) Hasan Iqbal said that the local Christian community had objected to holding a rally on the ground, saying that it was their property.

“As you know we are right now standing on a ground that belongs to the Christian community. They had filed a writ petition in the high court, asking that no political rally be held on the grounds,” Iqbal said, adding that the high court then directed the Sialkot deputy commissioner to listen to both parties and decide accordingly.

He added that the “political party’s leaders” sought permission to hold the rally but the Christian community refused. He said the deputy commissioner had also provided alternatives for holding the rally.

“Holding a rally is a legal and constitutional right. But forcibly holding a rally on a property belonging to a minority community without any due process would be inappropriate,” DPO Iqbal said.

Earlier today, the authorities stopped PTI members from erecting structures in preparation for the rally in Sialkot’s CTI ground, with police fired tear gas and baton-charged party activists who were resisting the move.

Television footage showed police personnel at the venue, as people, some with PTI flags around their necks, stood atop a crane in what appeared to be an attempt to prevent it from dismantling the structures. Clouds of tear gas could also be seen in the footage, while another scene showed police rounding up some individuals.

Earlier today, PTI leader Usman Dar accompanied by a score of PTI workers arrived at the ground and started preparations for a rally, upon which police launched a crackdown and arrested Usman Dar and many other party workers.

“We have stopped the PTI from holding a public meeting at the CTI ground on the request of the Christian community,” said Deputy Commissioner Sialkot Imran Qureshi.

In a video statement, Dar said that he was speaking from a “prison van” after his arrest from the ground. Others could also be seen with him.

“They believe that our love for the captain can be contained by putting us in this prison van or jail. Hear me: throw us in jail, we will come out and again continue the movement for freedom,” he added.

Rejecting reports of arrest, DPO said that no one has been taken into custody, adding that they were just removing chairs and other stuff kept over here.

In a series of tweets, PTI Chairman Imran Khan confirmed that he will be addressing the Sialkot jalsa and said the administration’s actions against party leaders were “outrageous, but not unexpected”.

“This bunch of criminals out on bail and their convict mafia boss in London have always used fascist tactics against opponents,” the ousted prime minister wrote on Twitter.

Khan accused the government of using and abusing democracy when they are in the Opposition and claimed they totally destroy all democratic norms when in power. “But people have now risen against them.”

Our govt never stopped any of their jalsas, sit-ins, rallies bec we are committed to democracy. I will be in Sialkot today & I am calling on all our ppl to come out & protest in their areas/cities after Isha prayers against this fascist Imported govt. #SialkotFightsBack

The PTI chairman reminded the PML-N that during his party’s government, they had never stopped any of their jalsas, sit-ins, or rallies because they were committed to democracy.

“I will be in Sialkot today and I am calling on all our people to come out and protest in their areas after Isha prayers against this fascist imported government,” he added.

Talking to journalists in Lahore, PML-N leader Attaullah Tarar said the PTI is holding rallies across Punjab, but the government did not cause hindrances and provided them security.

Responding to a question about the police action against the PTI jalsa in Sialkot, Tarar said, “I propose that there is a stadium in Sialkot, why don’t you people hold your rally there? But actually, PTI wanted to hold its jalsa on the church’s land and wanted to spread anarchy; we will not allow it.”

Tarrar questioned that would the PTI allow PML-N to hold a jalsa at Bani Gala’s ground and warned that if the party sticks to holding rally on the church’s ground, then PTI members would be sent to jail.

Reiterating that the government would allow them to hold their rally anywhere else, he said that if a need arises, the authorities would arrest PTI’s Sialkot leadership. 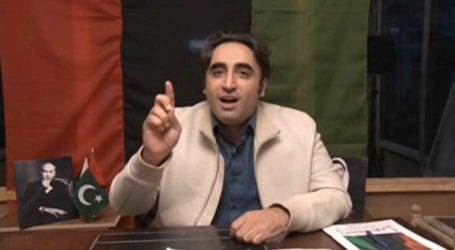 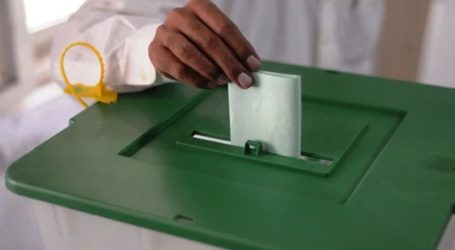 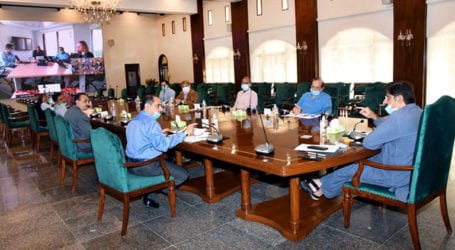