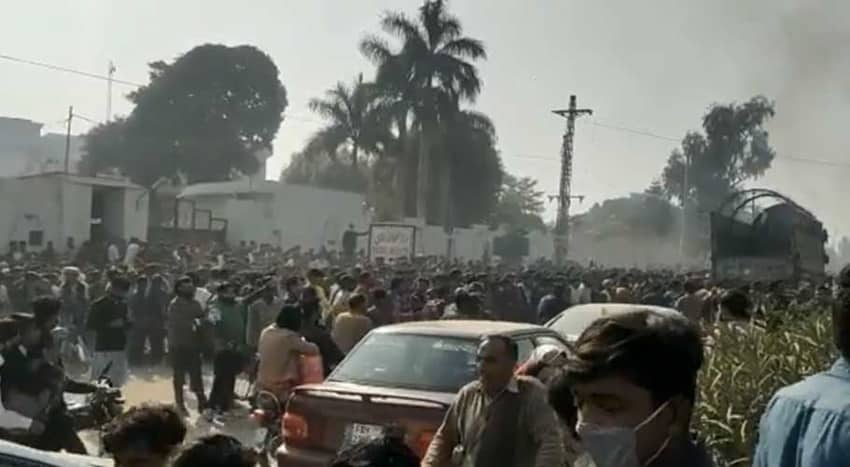 In this regard, some more facts have come to light on social media which has given a new color to the issue (Photo Online).
December 4, 2021

SIALKOT: A preliminary report on the brutal murder of a Sri Lankan factory manager Priyantha Kumara has confirmed that the deceased was targeted by his own workers seeking revenge instead over alleged blasphemy.

According to the preliminary investigation report, no complaint was received against Priyantha Kumara, a Sri Lankan man, who was serving at Rajco Industries since 2013. As per the report, Kumara made a call at the police station at 11:30 am and reported a complaint, however, by the time when police had arrived, he was already dead by the mob.

Priyantha Kumara’s colleague claimed that he was a hardworking and honest manager. According to the police report, the factory employees attacked the manager under the pretext of alleged blasphemy. These were the same assailants who were already given notice for their incompetence at the workplace and theft and breach of discipline in the factory.

According to the report, delegations of some foreign companies were to visit the factory, so the owner had instructed the workers turned attacker to clean the area and remove the stickers from the machines which the workers failed to perform. The arrested suspects claim that there was religious writing on the stickers, which the manager asked to remove.

Priyantha Diyawadana was a Sri Lankan national who worked as general manager of a factory of the industrial engineering company Rajco Industries in Sialkot. He was set upon by a violent crowd on Friday. Diyawadana was thrown onto the floor, where hundreds began tearing his clothes, violently beating him. He was tortured to death and then his body was burned. 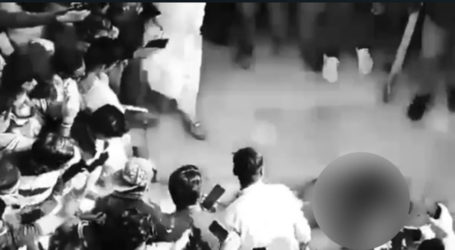 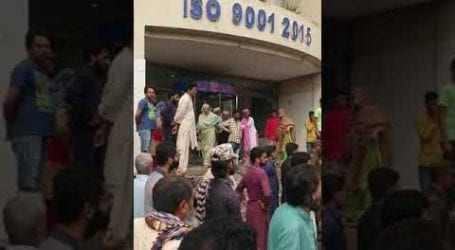