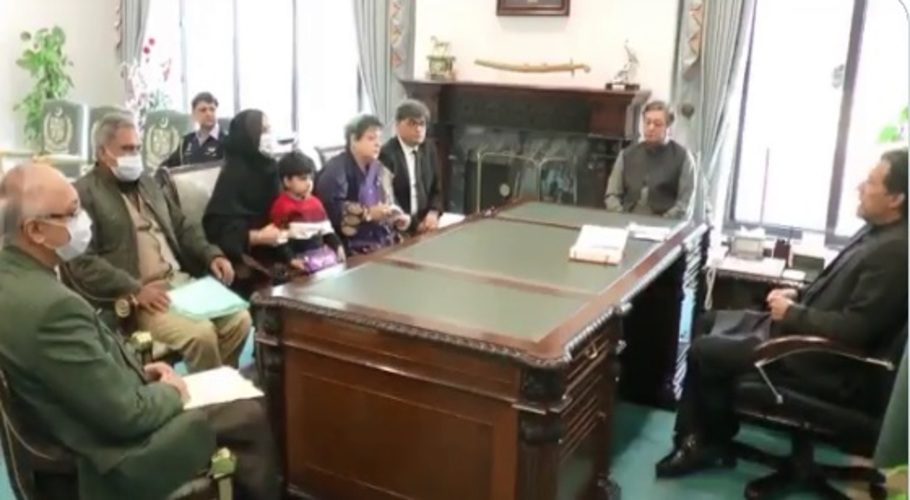 The prime minister assured them about complete investigation into the incident and all out support.

Prime Minister Imran Khan also directed the law enforcing agencies to give a satisfatory response to the parents of Mudassar Naaru after further probe into the case.

The parents of Mudassar Naaru expressed confidence over the Prime Minister’s assurance.

In August 2018, Naaru went on a vacation to the Kaghan valley but disappeared there. He was last spotted near the Kaghan river. Initially, his family and friends thought that he might have accidentally fallen into the river and drowned but his body was never found.

Others began speculating that Naaru might have killed himself, a claim instantly rejected by the family, saying he had no signs of despair.

His family registered a first information report against “unidentified persons”. When the police refused to cooperate, they were forced to approach civil rights organisations but to no avail.

A few months following his disappearance, one of his friends said he had spotted Naaru at a detention centre for ‘missing persons’. That was the last time anyone had heard of him.