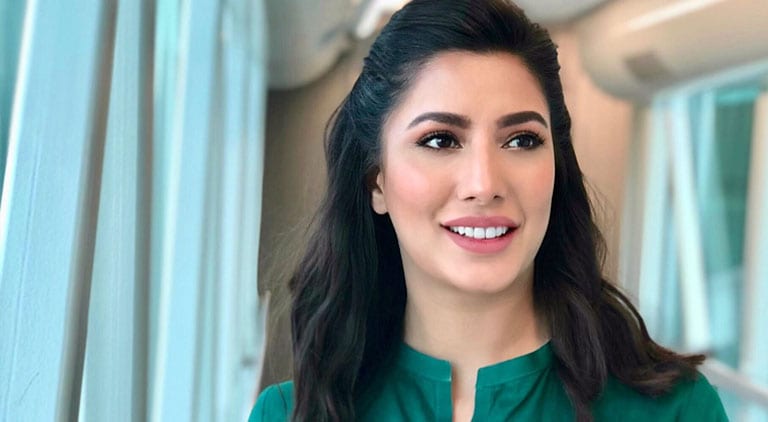 KARACHI: Actress Mehwish Hayat slammed Pakistani-Canadian journalist Tarek Fatah after he post a video of polio workers, advising him to check every information before publishing it.

The Canadian author had taken to Twitter with a footage telling his followers about a woman slamming the door in front of polio staff in Pakistan.

“Pakistani mother slams a shut door in front of Polio employees. Screams at the two female volunteers: I will never let my kids take those drops My kids will never drink those drops. Never.”he tweeted.

Mehwish, though, was swift to strike back and set the record straight on where the real video originates saying it was part of her film.

Mehwish Hayat wrote on social media, “Thank u for giving ur 2 cents on this but pls first verify the source b4 posting next time. It’s a scene from my movie” load wedding”, the polio worker is me & that woman an actress. Through the film, we were raising awareness of the issue.” 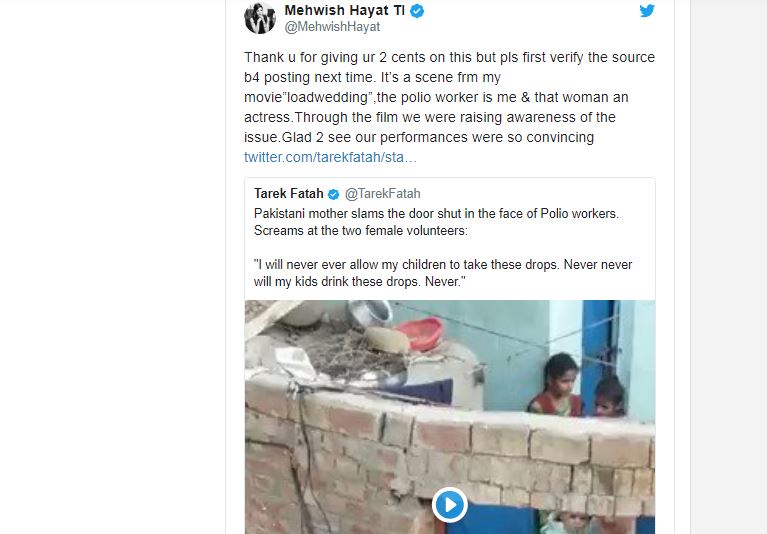 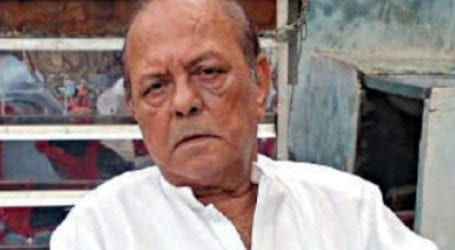 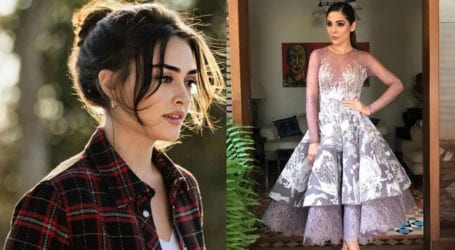 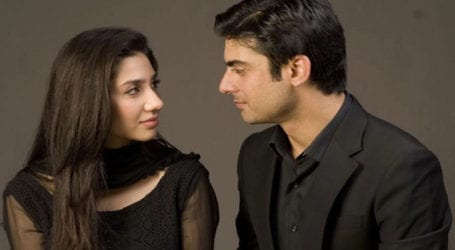