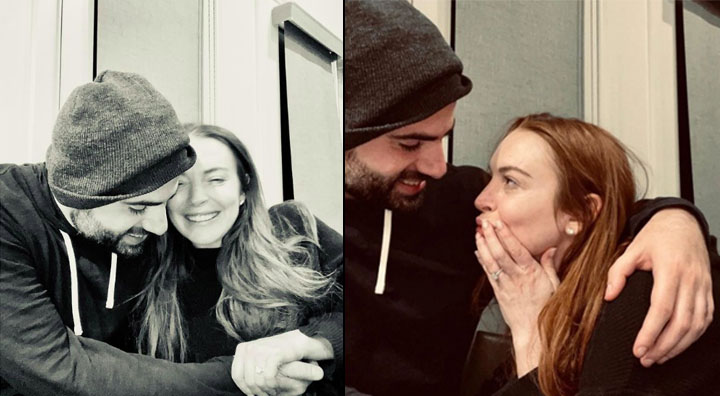 DUBAI: Lindsay Lohan has announced that she is engaged to her Lebanese partner Bader Shammas after two years of dating.

The ‘Mean Girls’ star shared the news in an Instagram post on Sunday. The actress posted a series of four photographs of her and Shammas cuddling together. She also gave fans a look at her sparkling engagement ring.

Lohan captioned the post: “My love. My life. My family. My future. #love”, accompanied with an emoji of a diamond ring.

Shammas is the assistant vice president of the global investments bank Credit Suisse. The pair have been dating for two years prior to their engagement.

Their relationship has been kept mostly private. The 35-year-old referred to Shammas as her “boyfriend” in an Instagram post last year, however, she later deleted it. Bader reportedly lives in Dubai where Lohan has lived for the past seven years since 2014.

Fans recently welcomed the news that Lohan would be returning to acting in a forthcoming Netflix Christmas movie. While the film remains untitled, Lohan is set to play the lead role as an engaged hotel heiress who falls in love with a blue collar boy.

The Netflix release will be Lohan’s biggest film for years. Her most recent notable role was 2013’s The Canyons which was directed by Paul Schrader and written by Bret Easton Ellis.

The Canyons – which was funded entirely through the crowdfunding page Kickstarter – received mostly negative reviews though Lohan’s performance was mostly praised. Lindsay Lohan’s Netflix Christmas film is expected to air in 2022

Lohan is best known for her star performances in ‘The Parent Trap,’ in which she played identical twins, and the teen comedy ‘Mean Girls’. Once a fixture of the tabloid media, she had several prominent legal and personal struggles about a decade ago, but she has had a lower public profile in recent years.