Karachi: The building of the biggest and oldest college in District West of Karachi, Government Boys Degree Science and Commerce College, Orangi Town, known as “Allama Abdul Hamid Badauni College”  has been in a very deteriorated and dangerous condition since long and now the students are compelled to take classes in the school ground.

This was the first college affiliated with Karachi University and still fulfilling the educational needs of the area. But around one thousand students of grades 11th and 12th are forced to study in the open ground because the school building is dilapidated and it is dangerous to keep continue classes in its rooms.

According to the former director of the college and analyst Zahid Ahmed: the college was named after Maulana Abdul Hamid Badauni, a prominent religious figure, and leader of the Pakistan movement. At that time it was known as an ideal college with a magnificent and spacious building. Hundreds of thousands of students have graduated from this historical college so for and now they are serving across the country and as well as abroad. Unfortunately, for the last two decades, due to the negligence of the department of education and other concerned government institutes this magnificent college has been in constant decline.

According to Zahid Ahmed, first encroachments were made in the college premises, and then the land mafia came into action. He said that the dilapidated condition of the building and administrative issues have brought the college to the brink of destruction, while the rulers have constantly turned a blind eye to these problems.

In 1962, Field Marshal Ayub Khan, the then ruler, gave the land to Maulana Abdul Hamid Badauni, alias Sher-e- Sarhad, in the name of the trust. However, later the trustees sold out the land on a sub-lease and only two acres of land remained for the college.

In the Sindh provincial budget 2018, Rs. 11.5 million were allocated for the reconstruction of the building. But PC one could not be filed. The college administration was asked by the Works Department to bring a single letter of trust so that the building could be built.

The building was called a “ dangerous building” by the concerned institution in 1987 and it was reported to the education department, district administration, and other concerned institutions time and again, but none of them paid any attention to the matter in the last 35 years.

Students are compelled to take risks of their lives by sitting in dangerous classrooms for taking classes while teachers and other staffers are also forced to serve under the shadow of death.

More than 90 feet long outer wall of the college had collapsed in November 2021, which was reported to the concerned institutions forthwith but no action was taken by them. Later, the college administration hired a private civil engineer to prepare a report on the college building. The report states that the building is in a highly risky condition and keep continue the educational activities can cause loss of humans lives.

Despite the dangerous condition of the building, classes were being held in tow of its room, but on Thursday the school administration, after feeling higher risk, decided to do arrangements for classes in the open ground and not use the rooms anymore. So now the students are taking classes under the open sky.

The residents of the area have demanded Sindh Educational Department to take notice of this very important and sensitive issue and solve it on an emergency basis. They have also appealed to the philanthropists of the city to come forward and build this college so that the government teachers keep continue their services here, otherwise, no teacher will be ready to teach in this dangerous situation and as a result, the student of the area will face an irreparable educational loss. 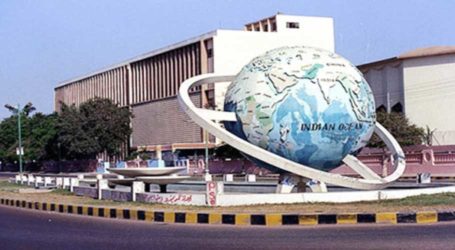 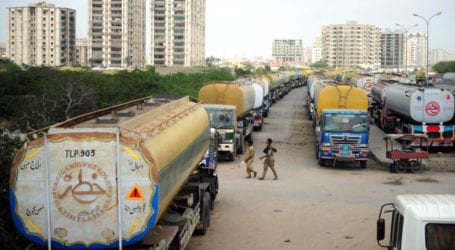 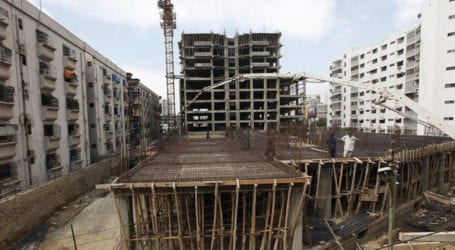