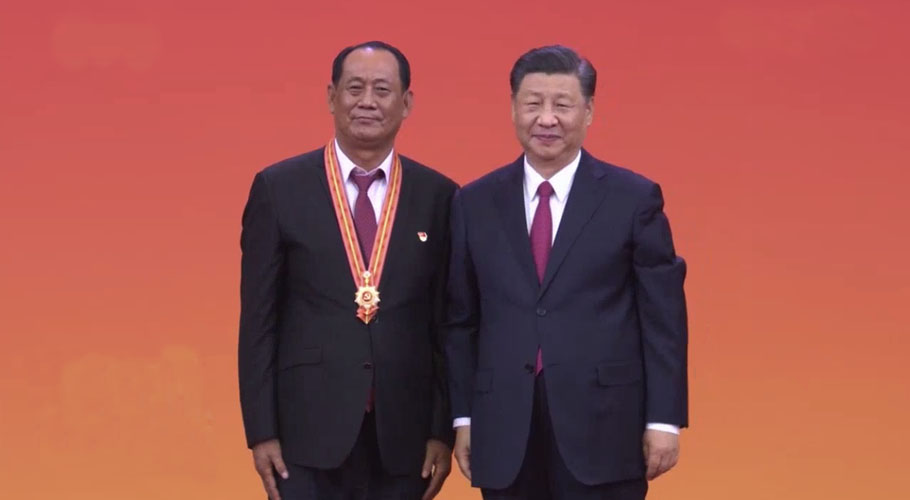 Chinese President Xi Jinping presents the July 1 Medal to one of the recipient in Beijing. Source: CGTN
June 29, 2021

BEIJING: Chinese President Xi Jinping awarded a new medal of the highest honour to 29 party members of the Communist Party as it marks its 100th founding anniversary this year.

President Xi conferred the July 1 Medal, for the first time, on outstanding Party members at a ceremony held in the Great Hall of the People on Tuesday morning with much fanfare and was broadcast live on national television.

He delivered an important speech at the ceremony and urged Chinese Communist Party members to remain loyal and continue to serve the people. The ‘July 1 medal’ is part of Xi’s efforts to shore up the image of the party. “Recipients of the July 1 Medal embody the Chinese Communists’ quality and spirit of maintaining staunch faith,” Xi said.

The recipients were from several fields including soldiers, war heroes, scientists, community workers artists, diplomats, educators and professionals in the arts and science.  The party had 91.9 million members in 2019, or 6.6% of China’s population.

Xi called on CPC members and officials to boldly advance toward the second centenary goal of fully building a modern socialist country, as well as the Chinese dream of national rejuvenation.

Three of them passed away, including Chen Hongjun, a border defence hero who held his post in the plateau for 10 years and died safeguarding China’s territorial integrity against Indian troop’s provocation in the Galwan Valley in June 2020.

Zhang Guimei, who set up China’s first free high school for girls from impoverished families and helped thousands of girls enter university, was among the recipients. Zhang on behalf of the recipients said at the ceremony that she was just a normal teacher and what inspired her was the aspiration of a CPC member.

The recipients include Ma Maojie, a heroine in the Yangtze River Crossing campaign during the War of Liberation (1946-49) who crossed the river six times under a hail of bullets and successfully sent three People’s Liberation Army units through despite being shot in her arm. She did that when she was only 14.

Wang Shumao, a guardian of the South China Sea, was granted the medal for his participation in the construction of the Nansha Islands, developing civilian forces to safeguard China’s legitimate rights in the South China Sea and leading the way in resolutely safeguarding China’s territorial integrity and maritime rights without fear of death.

Another war veteran, Wang Zhanshan, participated in many battles including the US-Korea War (1950-53). Lu Yuanjiu, a major contributor to China’s “Two Bombs and One Satellite” project, also received the honour.

Another recipient, Memetjan Wumer, is a leading model against religious extremist forces in Northwest China’s Xinjiang Uygur Autonomous Region who faced death threats for his outstanding work. Liu Guijin, a former diplomat who worked in Africa for nearly 40 years, was honoured for his outstanding contribution to promoting China-Africa relations.

The July 1 Medal is the highest honor in the Party. It is granted every five years to celebrate major anniversaries of the founding of the CPC. 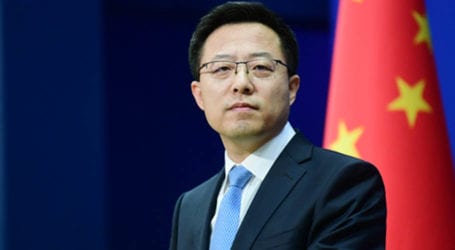 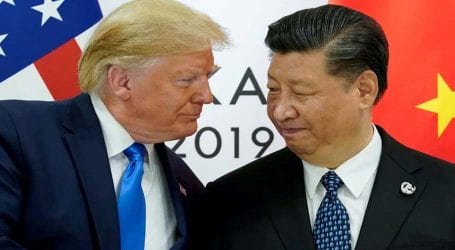 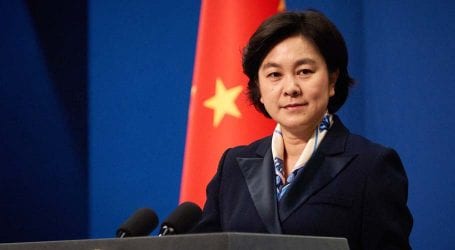