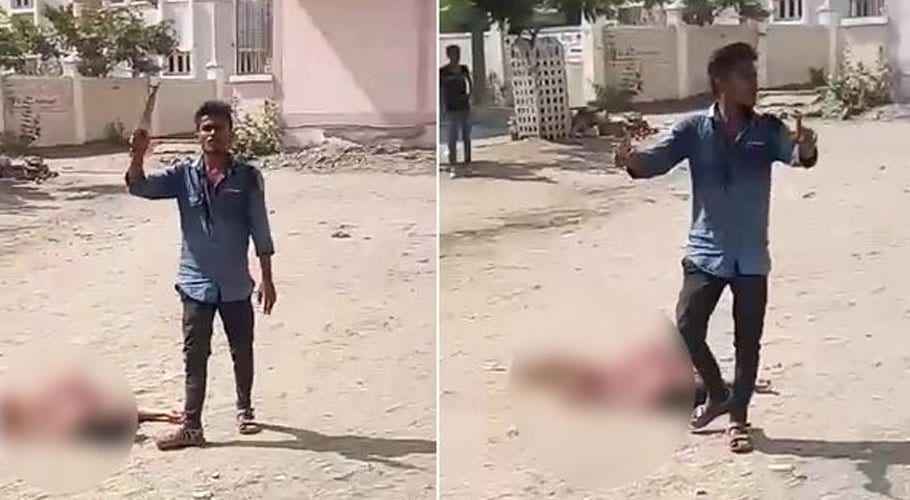 An Indian man from Gujarat has publicly murdered his elder sister after he found out about her love affair.

As per reports, the incident took place earlier on Tuesday in the village of Baroi, Gujarat when a man named Narubha violently murdered his sister Reena who was walking down the street at the time.

21-year-old Narubha hacked his sister to death with a large knife as his sister had a love affair which he disapproved of. The attack resulted in his sister falling to the ground, covered in blood. She reportedly groaned in agony before dying of her injuries shortly after.

However, he was arrested after committing a horrific crime. Surprisingly, after the murder, the brother did not flee, he, instead, hovered in the area whilst holding the knife. The local villagers were horrified when they saw his sister’s dead body and shouted at him to stop.

The brother told the police that his sister had a love affair, therefore, he killed her. He also revealed that on numerous occasions, he told his elder sister to end the relationship but she refused.

The Indian brother also threatened her several times in a bid to convince her to split up with her lover. Despite his attempts, Reena continued with her love affair.