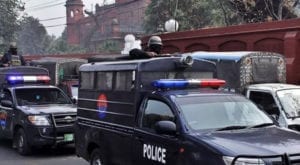 SHEIKHUPURA: Two suspects involved in a gang-rape incident, who escaped from police custody a day earlier, killed by police in an alleged ‘encounter’ in the Farooqabad area of Sheikhupura district of Punjab province. According to sources, the suspects opened fire