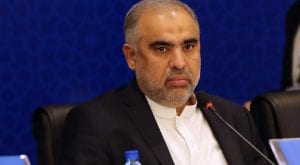 ISLAMABAD: Speaker National Assembly Asad Qaiser has expressed condolence to the martyrs and their families of the Army Public School tragedy. The speaker wrote, ” The tragedy of 16th December 2014 is neither forgotten nor forgiven.” “I extend my sincere 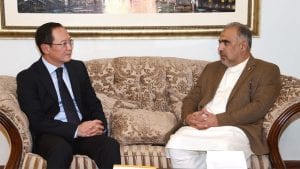 ISLAMABAD: The Ambassador of the Republic of Kyrgyzstan, Mr. Erik Beishembiev who called on Speaker National Assembly Asad Qaisar today in Islamabad. Asad Qaiser has said that Kyrgyzstan could play an important role in linking Euroasian Economic Zone and Europe