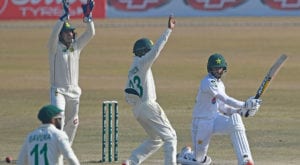 RAWALPINDI: South Africa started the final day chasing a target of 370 runs during the second Test match against Pakistan in Rawalpindi. South Africa set a daunting 370-run target and finished the fourth day on 127-1 with Markram on 59 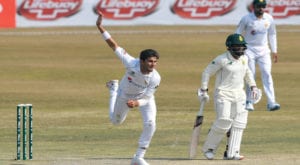 RAWALPINDI: Pakistan has lost both openers on Saturday in their second innings after Hasan Ali’s five-wicket haul gave them a lead over South Africa in the second Test in Rawalpindi cricket stadium. Pakistan secured 272 in their first innings. However,