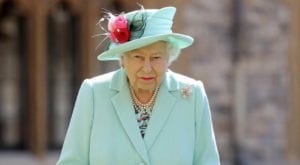 LONDON: Britain’s Queen Elizabeth has offered condolences to the people of Israel where 45 people were killed and several injured in a stampede at a religious festival. The British monarch in a statement issued on social media said, “I was deeply