Protests erupts against Trump in more than 70 cities 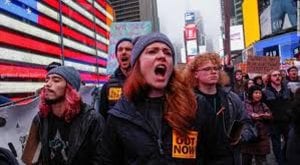 WASHINGTON: Protests erupted against Donald Trump in more than 70 cities across the United States over the assassination of a top Iranian military commander in a US drone strike.  According to details, demonstrators chanting “no war on Iran” took to the