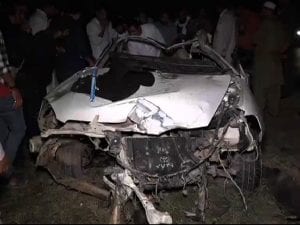 RAWALPINDI: A man was killed and three people injured when a car turned turtle at Committee Chowk, the underpass on Tuesday. According to Rescue1122, a private car going toward Faizabad turned turtle after colliding with a side barrier due to 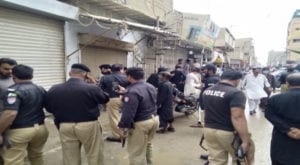 KARACHI: A man was killed and three others injured in a grenade attack near Bilawal Shah Goth area of Karachi on Wednesday. According to police sources, the grenade was hurled at a bakery by unidentified men. As a result, a 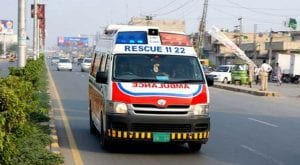 KARACHI: A man was killed and three others injured in separate road mishaps in different areas of the Karachi on Wednesday. According to rescue sources, a fast-moving car hit a motorcycle on Badin Bypass road. As a result, two people 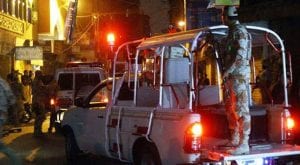 KARACHI: An accused was killed and two others were arrested in the injured condition during rangers encounter in Manghopir area of the metropolis. According to Rangers’ spokesperson Major Qambar Raza, on a tip-off, rangers and police conducted a joint targeted