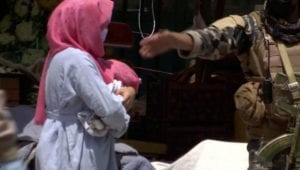 KABUL: Gunmen disguised as police attacked a hospital in the Afghan capital Kabul on Tuesday, killing 16 people including two newborn babies from a maternity clinic run by the international humanitarian organisation Doctors Without Borders. In a separate attack the

The Senate has passed the Maternity and Paternity Leave Bill 2018 making it mandatory for employers to grant six months paid maternity leave and three months paid paternity leave. The bill was passed by a majority of votes even though