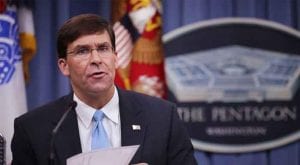 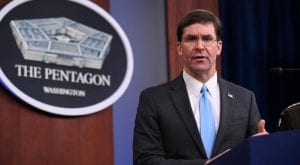 KABUL: US Defense Secretary Mark Esper arrived in Afghanistan on Sunday in a bid to bring talks with the Taliban back on track after President Donald Trump abruptly broke off negotiations last month seeking to end the United States’ longest