The fallout between France and the Muslim world is growing over the publication of blasphemous sketches and rising Islamophobia. There are now fears of retribution from both sides and collective punishment. Muslim leaders have condemned and French President Macron including 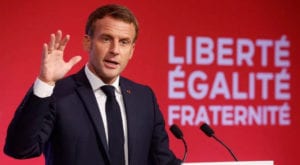 PARIS: President Emmanuel Macron ordered a night time curfew for Paris and eight other French cities to contain the spread of COVID-19 after daily new infection rates reached alarming record levels. In a televised interview, Macron said residents of those 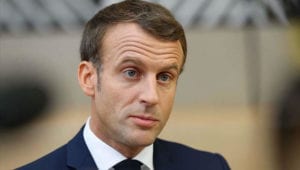 PARIS: President Emmanuel Macron vowed that France would not erase elements of history or take down statues of controversial public figures. In an address to the nation, Macron said France would be “uncompromising” in its fight against racism after days 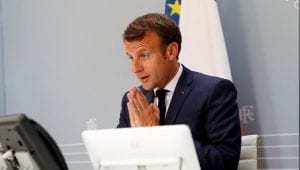 GENEVA: World leaders pledged to accelerate work on tests, drugs and vaccines against COVID-19 and to share them around the globe. However, the United States did not take part in the launch of the World Health Organisation (WHO) initiative. French 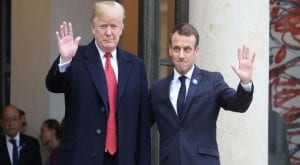 PARIS: Presidents Emmanuel Macron and Donald Trump have decided to extend to the end of the year negotiations on a French tax on digital giants, delaying the threat of sanctions against Paris by Washington, a French diplomatic source said Monday. 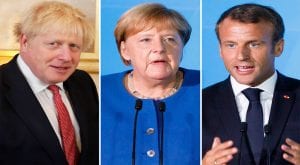 BERLIN: Germany, France, and Britain’s leaders on Monday have advised Iran to abandon steps against the 2015 nuclear deal after Tehran declared that it would no longer stick to an enrichment limit. In a joint statement released on Monday, German

The future of NATO and its relevance is once being questioned just as leaders gather in London to commemorate the 70th anniversary of the military alliance. The meeting will ensure that NATO remains fit for the future. The latest controversy 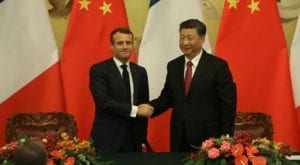 BEIJING: Chinese leader Xi Jinping and French President Emmanuel Macron declared on Wednesday that the Paris climate pact was “irreversible”, showing a united front after Washington formally withdrew from the accord this week. The joint declaration came at the end