An unusual situation has been observed leading to a shortage of petrol and diesel at fuel stations across the country adding to the miseries of people. The government has reduced the price of petrol but people still have to endure 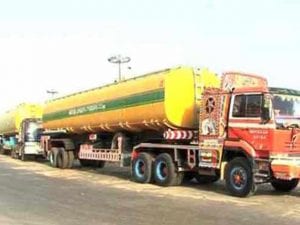 ISLAMABAD: The oil import bill showed a sharp decline of over 26% in the first two months of the  current fiscal year from year ago according to data released by the Pakistan Bureau of Statistics (PBS). The data analysis shows that all groups, including food