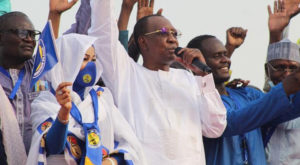 SHAD: Chad’s President Idriss Deby, who ruled his country for over 30 years, has been killed on the frontline against rebels in North Africa, Army spokesman Azem Bermendao Agouna announced on Tuesday. The Army spokesman said, “A call to dialogue