Another Journalist shot dead during alleged robbery bid in Quetta 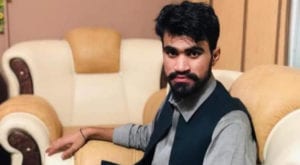 QUETTA: Another journalist was killed during an alleged armed robbery bid in the Bank Colony area of Quetta, police officials said on Sunday. According to police, the journalist, Abdul Wahid Raisani, was going home from his office the robbers intercepted