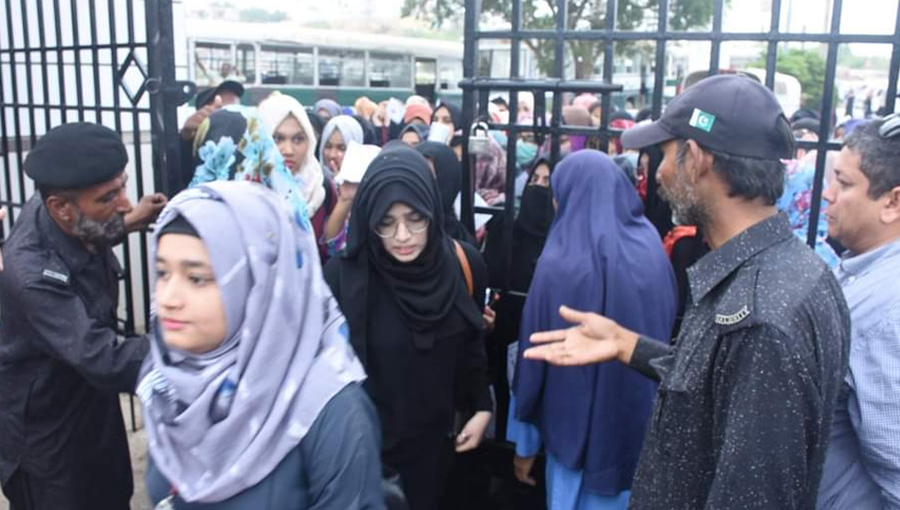 Students and teachers faced long queues to enter the university. Source: Reporter.
May 10, 2022

KARACHI: The administration of Karachi University has failed to make adequate security arrangements even after the terrorist incident which has raised immense concerns among students and teachers.

As the university opened on Monday, long queues of vehicles, buses and motorbikes were seen at Silver Jubilee Gate, Maskan Gate, Staff Colony and Scouts Colony Gate due to which most students could not attend classes on time. The identification cards of students were checked before they were allowed to enter while teachers and employees had to go through the same ordeal.

Meanwhile, Acting Vice Chancellor Prof Dr Nasira Khatun visited the university entrances and reviewed the security. Expressing satisfaction over the excellent security arrangements, she said that all efforts should be made to provide facilities to the students and others coming to the university but no leniency would be allowed on security.

In November 2021, a tender was issued for expert security guards of a private company. Two companies made bids after which the purchase officer Arshad Hussain wrote to the security advisor Dr Moeez for technical review but has not received any reply yet.  As a result, more than 60 armed security guards have not been recruited so far.

The management of Karachi University created a new post to reward teachers and appointed a Campus Security Advisor. During the last term of Vice Chancellor Dr Pirzada Qasim, a retired major was recruited as a senior campus security officer, who he was dismissed later filed a case against the university.

It may be recalled that three students were killed in a fight between PSF and APMSO near Karachi Gymnasium in 1989, after which Rangers entered Karachi University in July 1989  A heavy contingent of Rangers has been present in the university for 33 years ever since.

Former teachers and experts say that during the tenure of former Vice Chancellor Zafar Zaidi in 1999, there was a clash between student organizations in which a student was killed. It was later decided that all students should present their identity cards before entrance and visitor cards should be issued. 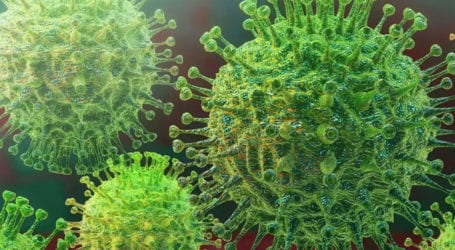 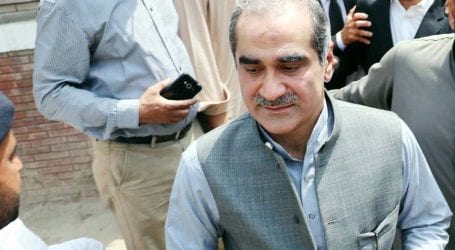 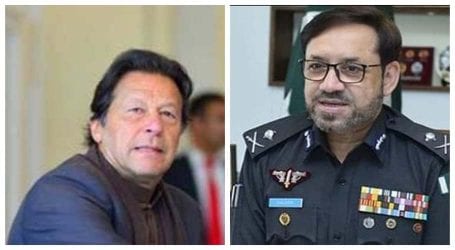