According to the security alert issued by the home department, the law enforcement agencies (LEAs) directed to take essential steps to maintain law and order and to untoward incidents in the region.

The LEAs have also been directed to ensure the safety of public buildings and sensitive installations. The government directed police and other forces to stay alert across GB and maintain an emergency readiness state until further notice.

According to sources, the situation in the region was tense after the Shia and Sunni scholars decided to jump into the fire to prove their sect legitimacies.

Later, a statement was issued on May 17 by Ahl-e-Sunnat-e-Jamaat Gilgit-Baltistan in which it was said that an important meeting of scholars and elders of the party and other religious and political parties was held under the chairmanship of Amir Tanzeem (leader).

The statement said that one party was constantly trying to disrupt law and order and insult the Sahaba in various ways. Therefore, all Muslims will play a constitutional and democratic role in peace.

A case of insulting the Sahaba will also be registered against the other sect. Also, the challenge of the debate was accepted and the place and time were demanded. 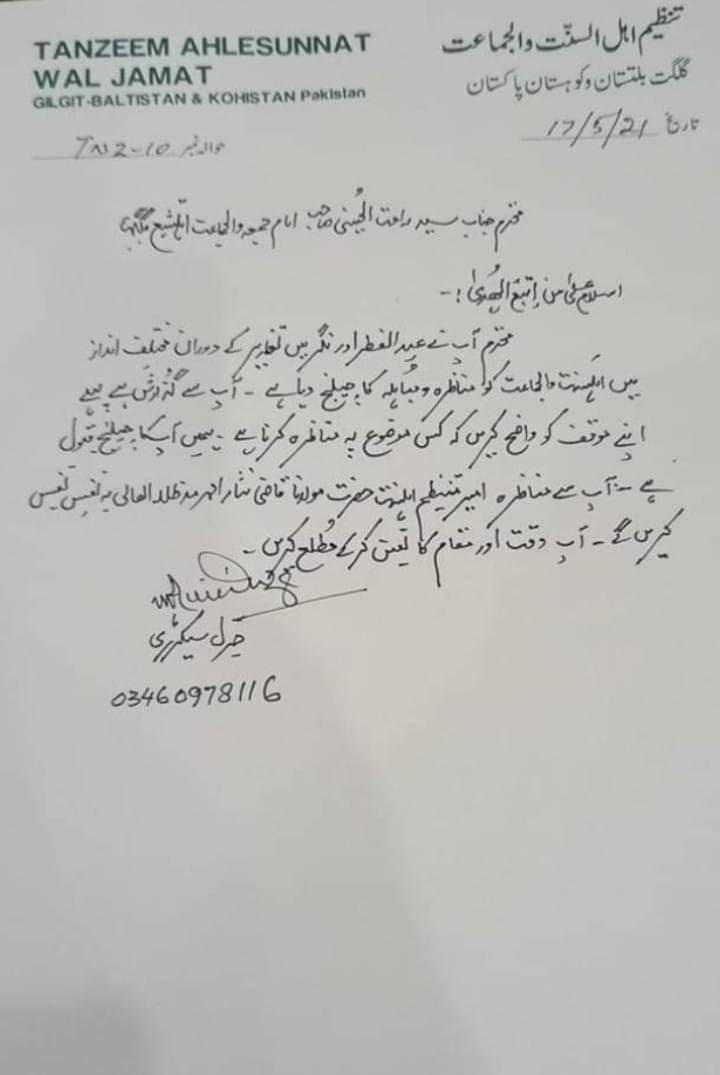 On the other hand, the Central Imamia Council Gilgit-Baltistan issued a reply statement on the same day and wrote a letter to the Central Khatib of Ahl-e-Sunnat Jamia Masjid Gilgit in which it was said that Agha Rahat Hussain Al-Husseini accepted the invitation to debate with an open heart.

In this context, there were reports that this debate is going to take place on Friday, May 21, 2021, at 3 pm in which Agha Rahat Hussain Al-Husseini from the Shia sect and Maulana Qazi Nisar Ahmad from Ahl-e-Sunnat and Jamaat will jump into the fire to prove their sect legitimacies .