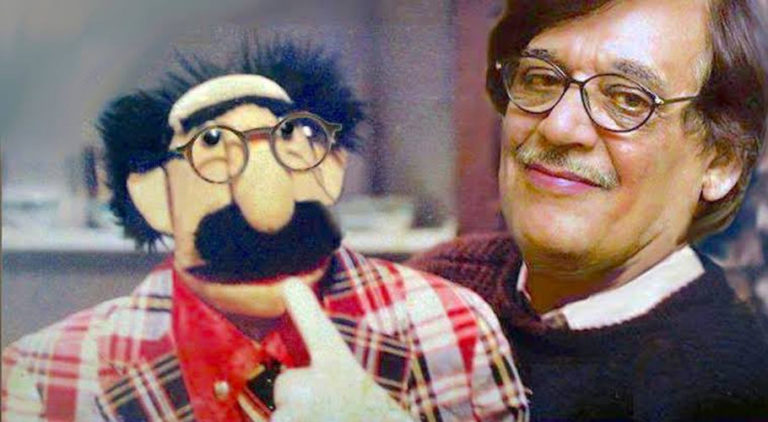 ISLAMABAD: Pakistani TV icon, director, scriptwriter and one of the pioneers of puppetry Farooq Qaiser, popularly known as Uncle Sargam, passed away on Friday.

According to reports, Farooq Qaiser died of a cardiac arrest in Islamabad. Uncle Sargam, who was a household name for Pakistani kids of the 80s and 90s, was born on October 31, 1945 in Lahore.

He began his career as an artist after completing graduation from National College of Arts in Lahore. Children’s show Kaliyan, Sargam Sargam and Daak Time are popular TV shows of Farooq Qaiser. Uncle Sargam and Maasi Museebtay are regarded as Pakistan’s legendary puppet duo.

Prime Minister Imran Khan has expressed sorrow over the death of renowned artist Syed Farooq Qaiser. In a tweet, the prime minister said Farooq Qaiser was not just a performer but he raised awareness about social injustices and issues constantly. He offered condolences to the bereaved family.

Saddened to learn of Farooq Qaiser’s death. He was not just a performer but would constantly raise awareness about social injustices and issues. My condolences and prayers go to his family.

The minister said Farooq Qaiser introduced new dimensions to the old art of puppets with his skills. He said loss of Uncle Sargam will not be fulfilled for years. He prayed for the departed soul and offered condolences the bereaved family.

Interior Minister Sheikh Rasheed Ahmed has also expressed grief over the loss of great artist. In a tweet, he said Farooq Qaiser was an intelligent writer and cartoonist and was expert in highlighting public issues in lighter mode.