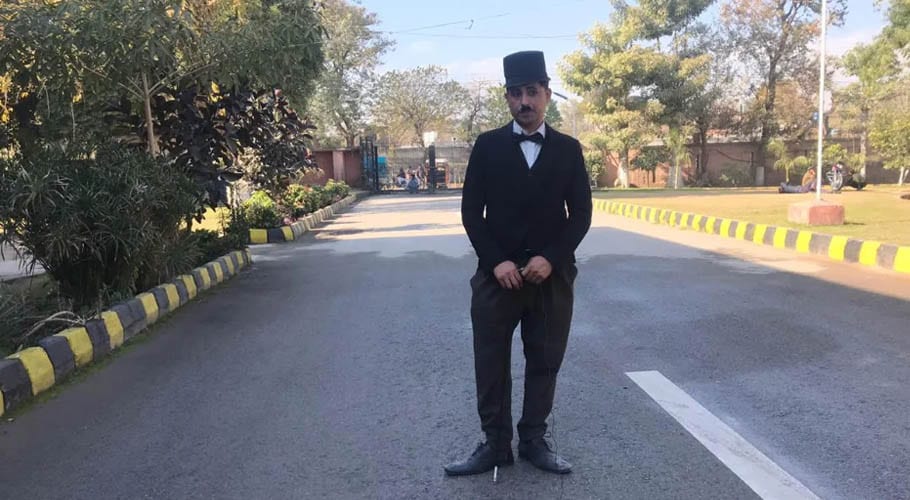 PESHAWAR: A man from Peshawar, Usman Khan, dresses up as legendary comedian actor Charlie Chaplin to spread smiles in tough times and decades of suicide attacks, explosions and threats from extremist groups.

“The sole purpose of this art is to bring a smile to the faces of people,” the 30-year-old told a media outlet while walking on the streets of Peshawar.

“I know I can’t perform as well as the great Charlie Chaplin, but with limited resources, I am doing my best to spread happiness,” he said, adding that Peshawar and Khyber Pakhtunkhwa have faced terrible times since decades.

“I have adopted Chaplin’s character and style in such a deep way that I perform even when I am sleeping. My wife has complained about this,” he quipped.

He shared he started watching Chaplin’s films from childhood and was soon able to copy his iconic walk and no whenever he walks through Peshawar imitating the famous actor, crowds around him clap for him and ask for selfies.

Usman Khan is helped by four friends during the routine. The team is now recreating many of Chaplin’s old routines on video. They are hopeful to gain larger audiences on social media and turn their passion for comedy into an earning profession. “Cheerful faces and crowds around us encourage us to do more funny videos,” Khan said.

A local vendor said although the legendary Chaplin died a few decades ago, his art of spreading happiness is fresh even today. He said Usman Khan is doing a great job and even during this time of depression and pandemic, he brings a smile to our faces and provides entertainment. 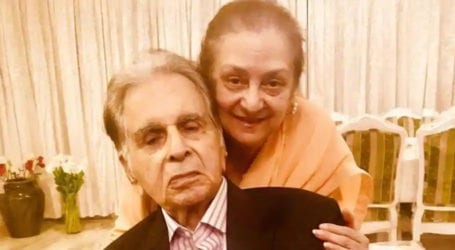