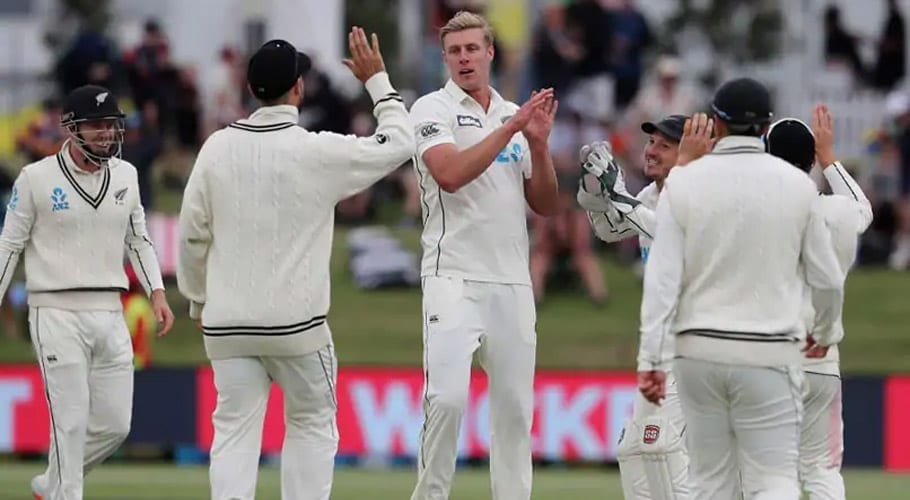 Web Desk
MOUNT MAUNGANUI (AFP): In the first Test against New Zealand, the Pakistani cricket team proved to be a flop as in the first innings of the Test match, the national team was all out for only 239 runs in reply to the hosts’ 431 runs.

Rizwan and Ashraf provided a face-saving partnership for Pakistan with 107 for the seventh wicket before the former was run out for 71 by a smart underarm throw from Mitchell Santner at square leg.

Ashraf soldiered on to a career-best 91 before he was the last wicket to fall. When Pakistan resumed the day at 30 for one, Abid Ali and nightwatchman Mohammad Abbas were more intent on batting long rather than run gathering — especially with a question mark over the workload for the injured Neil Wagner.

The pair put on just nine runs in 74 balls while Wagner, who suffered a fractured toe while batting on Sunday and was told by a doctor he could bowl only if he could “tolerate the pain”, was kept out of the attack.

The partnership was broken by Kyle Jamieson who hurt Abid Ali with the last ball of his first over which smacked into the batsman’s fingers. Two balls into Jamieson’s next over Abid kept his hands out of the way from a ball wide of off stump, only to see it jag back and he was bowled for 25.

In the following over Trent Boult, who had troubled Abbas with a succession of short balls, found an edge with a full delivery and Ross Taylor held the catch at first slip. Azhar Ali and Haris Sohail stayed together for 50 deliveries but contributed only nine runs before both went in one Tim Southee over.

Azhar was caught by wicketkeeper BJ Watling and although the umpire missed the nick and turned down the appeal, New Zealand successfully reviewed the decision. Sohail’s exit was more straight forward with an attempted cut going straight to Henry Nicholls at gully.

Wagner tested his foot with three overs before lunch and continued with a seven-over spell after the break during which he took the only wicket to fall in the middle session with a trade-mark bouncer to Fawad Alam that was edged to wicketkeeper BJ Watling.

The nine-run knock continued a run of low scores for Alam who has adopted an unusual side-on stance that suggests he is expecting the ball to come from square leg — even more exaggerated than that of West Indies’ great Shivnarine Chanderpaul. 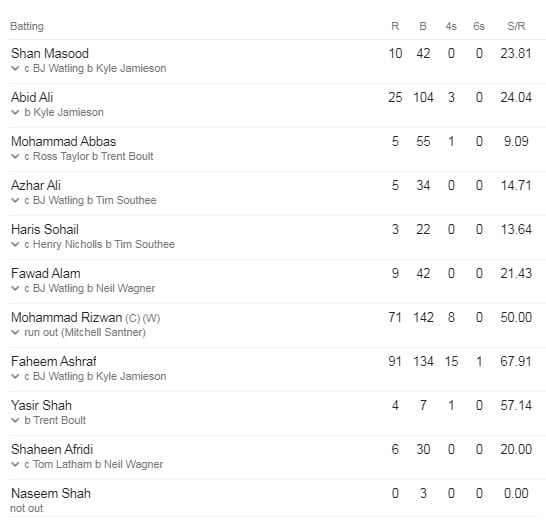 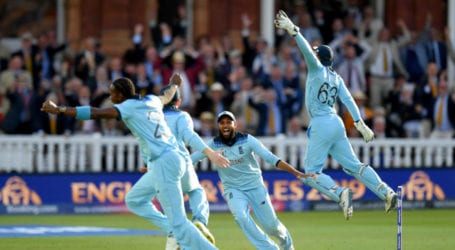 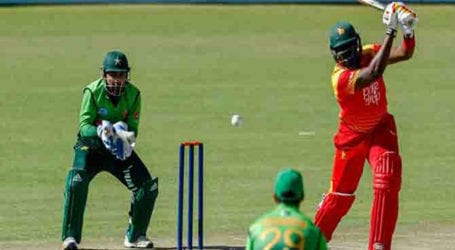 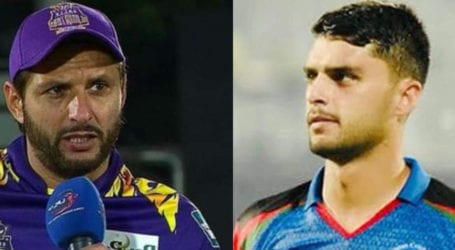