ISLAMABAD: The National Assembly on Thursday pass the controversial Finance (Supplementary) Bill, generally known as the “mini-budget”, giving effect to new tax measures in an ambitious bid to achieve a tax target of Rs5.8 trillion as per the requirement of the International Monetary Fund (IMF).

The approval of the supplementary finance bill was necessary to ensure Pakistan’s sixth review of the $6 billion Extended Fund Facility (EFE) gets cleared by the IMF’s Executive Board which is scheduled to meet later this month to decide the disbursement of the $1-billion tranche.

The NA on Tuesday formally begun a general debate on the mini-budget which saw the coalition partners in the ruling alliance under the PTI joining their voices with the Opposition over possible implications of the new taxation measures.

In the amended bill, the government rolled back its plan to impose additional sales taxes on children’s formula milk, bread, and small cars. It also withdrew the proposal to impose taxes on laptops and computers.

The opposition demanded that a physical count be conducted for some of the amendments tabled by the opposition, including those by Mohsin Dawar and PML-N’s Shahid Khaqan Abbasi.

However, the NA speaker refused under Rule 29 of Procedure and Conduct of Business in the National Assembly. A physical count was later conducted on the amendments moved by PPP’s Marri, with 168 lawmakers against it and 150 in favour of it.

Later, a physical count was conducted for a second time. The government was once again in majority and the amendments were rejected. The opposition’s amendments to Clause 3 of the finance bill were rejected with 163 votes against it and 143 in favour.

Meanwhile, the government’s amendments to the proposed bill were approved by the House. The government introduced changes to Clause 3 of the bill, under which small shops will not be taxed on bread, chapattis, sheermal, naans, vermicelli, buns and rusk.

According to the amendments, tier one retailers, restaurants, food chains and sweet shops will be taxed on the sale of these items.

A 10pc duty will be imposed on locally manufactured cars greater than 2,100 cc. The government’s amendments to Clause 5 were also approved by the NA.

During the session, former premier Khaqan Abbasi questioned why it was necessary for the government to introduce a mini-budget and said that such a massive tax burden had never before been presented in the country’s history.

“It has been six months since you passed the finance bill. Have your revenues declines or expenses increased since then?” he asked. He also questioned why the people were being burdened with additional taxes of Rs350 billion. 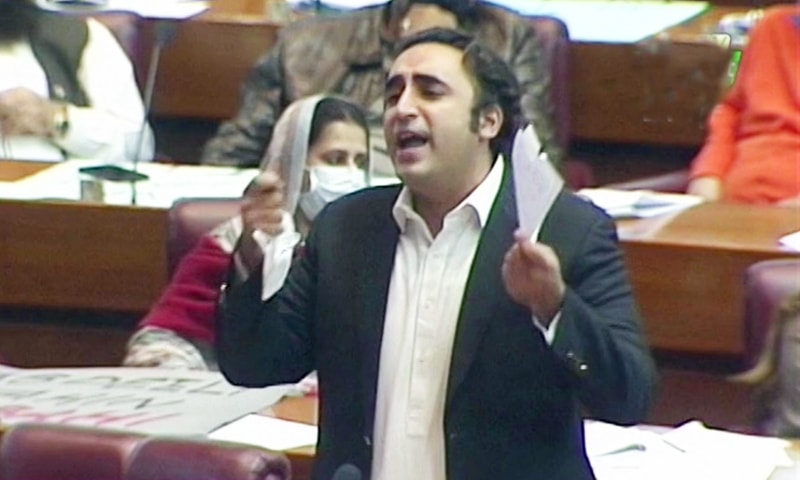 Meanwhile, PPP Chairman Bilawal Bhutto-Zardari said that the amendment he introduced concerned taxes on crude oil and imported items. “My question to the finance minister is whether they have accepted this.”

He questioned whether the finance minister had an issue with the fact that it mentioned his name and those of Shazia Marri and Raja Pervaiz Ashraf. “What was the harm in it being accepted?”

Bilawal said that Tarin stated that past governments had made matters worse even though he had previously served as the country’s finance minster.

“Tarin said he did not know why there was hue and cry over the mini-budget. We request him to visit the streets of Karachi and ask the people about their economic situation,” he added.

‘We had no option other than going to IMF’ 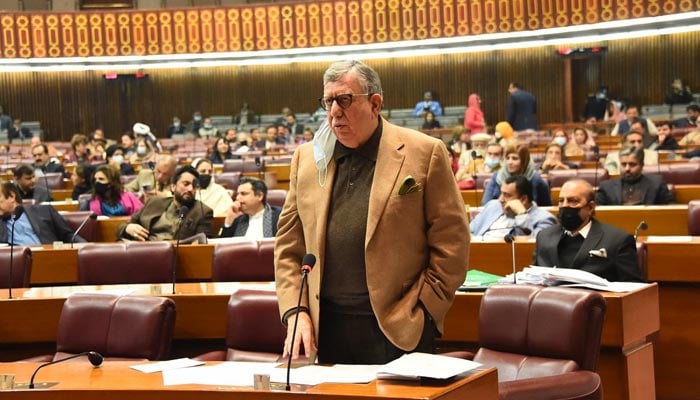 Shedding light on the criticism regarding the supplementary bill being the “IMF bill”, Finance Minister Shaukat Tarin said that during the previous government’s tenure, 13 agreements were signed with the Fund.

“They [the Opposition] are saying that IMF has destroyed the economy of Pakistan, while they went to the IMF in their tenures as well,” he said.

Tarin further said that the PTI government is being accused of “mortgaging country’s sovereignty”; however, the government was forced to approach the IMF. “We had no other option but to ask for IMF’s help,” he reiterated.

He added that some of the taxes in the mini-budget had been removed, informing the opposition that this was about “documentation not taxes”.