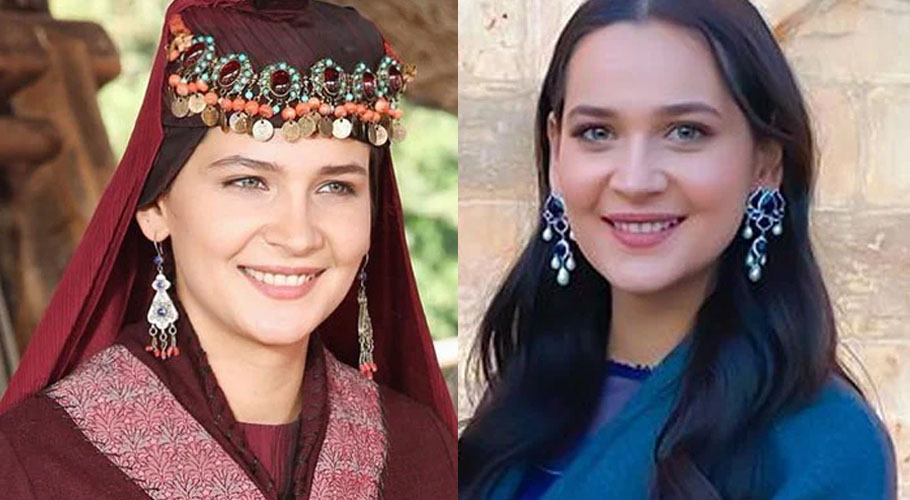 Turkish star Gulsim Ali, who essayed the role of Aslihan Hatun has expressed her deep grief and sorrow for the victims of the Ghotki train crash.

Gulsim, who essays the role of Aslihan Hatun in the historical drama serial Dirilis: Ertugrul, took to her Instagram Story, and shared the image of the incident, and wrote “I’m deeply saddened to hear that a passenger train accident at Ghotki, Pakistan.” 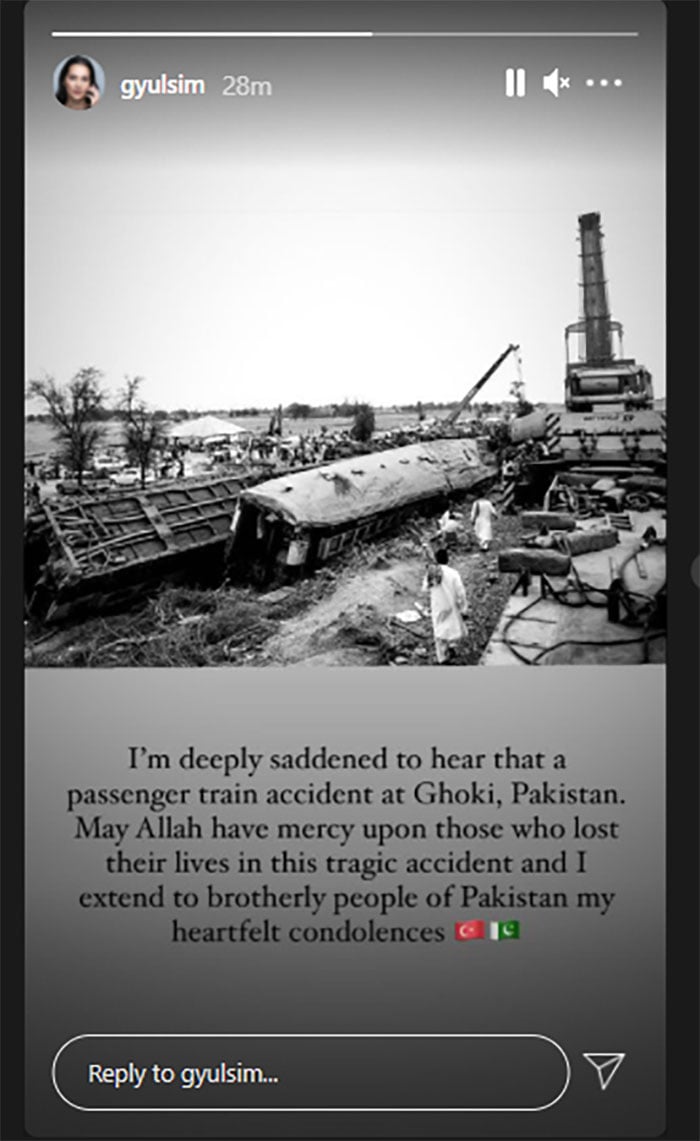 “May Allah have mercy upon those who lost their lives in this tragic accident.” The actress continued “I extend to brotherly people of Pakistan my heartfelt condolences” followed by Pakistan and Turkish flags. Moreover, Mahira Khan also prayed for the victims of the Ghotki train crash and pleaded for a probe into the incident.

The superstar took to Twitter and prayed for the victims of the incident and expressed her condolences to those affected by it. The Parey Hut Love actress tweeted, “Awful awful news about the train accident at Ghotki.”

She further said “Prayers and condolences for those affected by it” with a folded hands emoji. Mahira continued “I hope, pray and plead for an investigation into this incident. And the right decisions to be taken accordingly.” Over 50 passengers were killed and more than 100 injured when two trains collided near Ghotki in the wee hours on Monday.