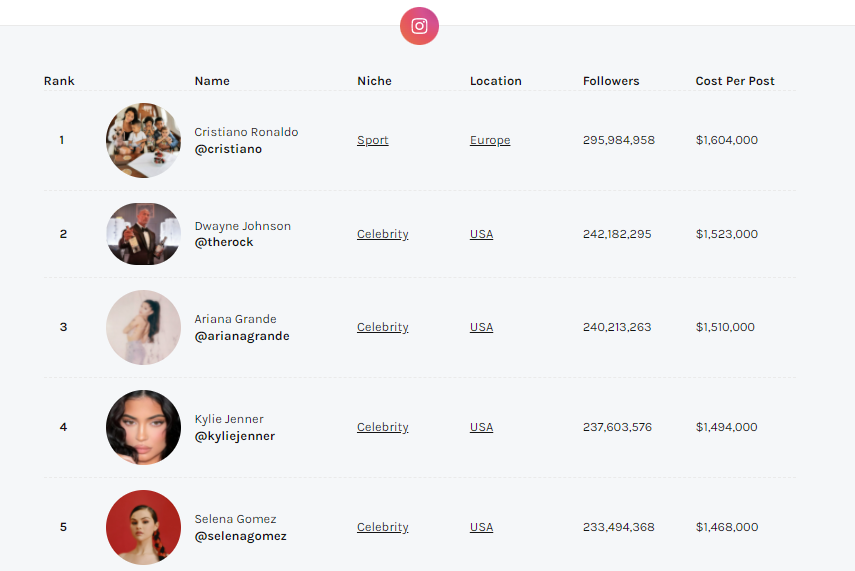 This year, the Portuguese footballer has taken the lead on the list. Also known as CR7, the footballer has earned $1,604,000 per post throughout the year while his followers have also jumped up to 388 million.