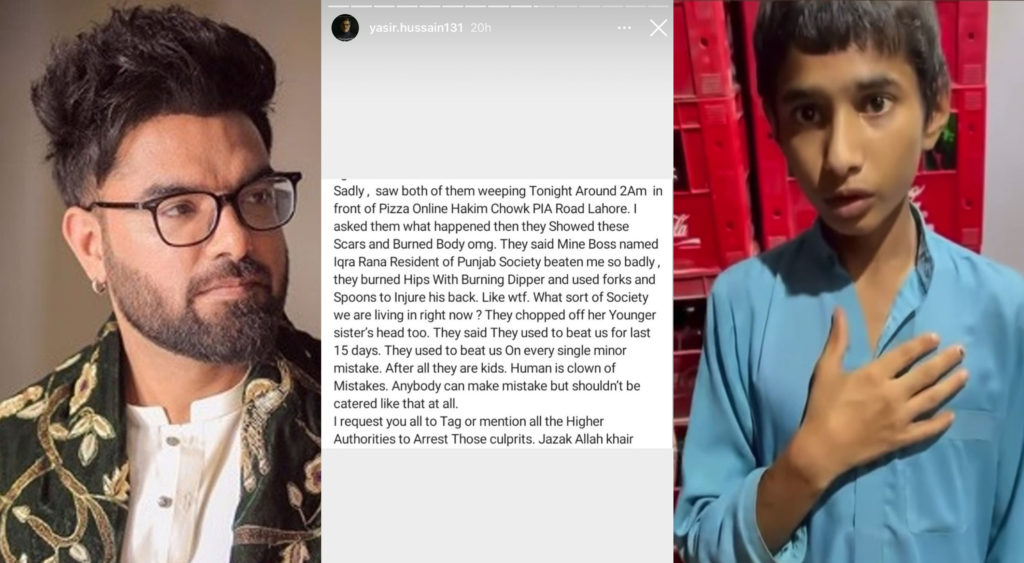 major obstacle is that child work is so normalised in Pakistan (Instagram)
October 5, 2021

Actor Yasir Hussain has strongly condemned child abuse who was physically assaulted by the owner they work for in Lahore.

The actor posted a series of stories on his official Instagram account where a child who can be seen severely injured shared his story of being beaten up badly by his boss named Iqra Rana, who is a resident of Punjab Society.

Hussain shared another story in which the incident was explained in detail by a man who actually made the video. According to the person who made the video, he saw two boys near Hakim Chowk PIA road, Lahore weeping at 2 am. When he asked them if they were fine upon that the boys showed him the scars and their burned bodies. 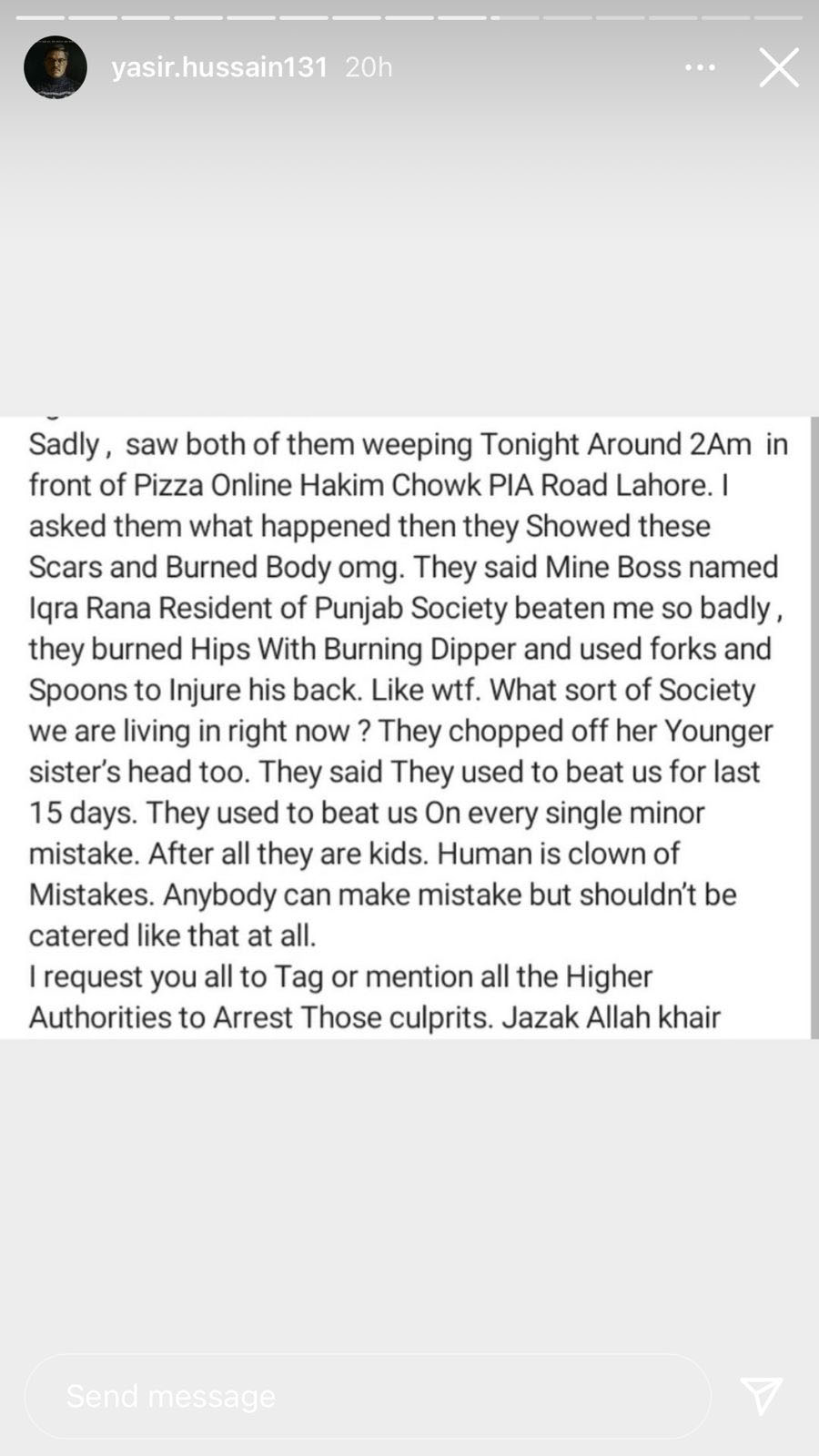 The boys told that their boss had beaten them up. According to one of the victims, their boss burned their lower back with a dipper (a glass) and used forks and spoons to injure the back.

They also revealed that he had been beaten them for the past 15 days and on every minor mistake they would be brutally beaten up. Unfortunately, a major obstacle is that child work is normalised in Pakistan.

Read more: This time I will bring evidence: Yasir Hussain hits back at Nausheen Shah

There was a similar social media outcry in 2018 over pictures of 10-year-old Tayyaba’s bruised face and hands. She had been working as a maid for a judge and his wife. The couple were cleared of assault allegations but convicted of neglecting an injured child and sentenced to one year in jail.

The Punjab Domestic Workers Act, passed last year, includes an emphasis on discouraging child labour. Yet there are no similar laws in other provinces, and campaigners say that unless laws enhance accountability among employers, children will continue to be exploited. 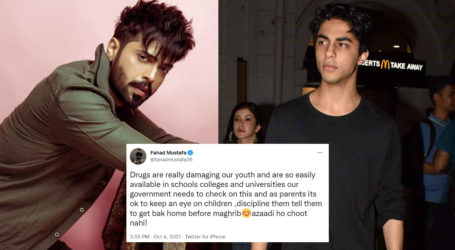 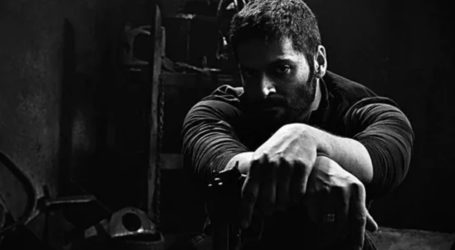 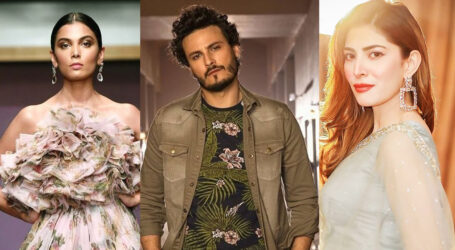