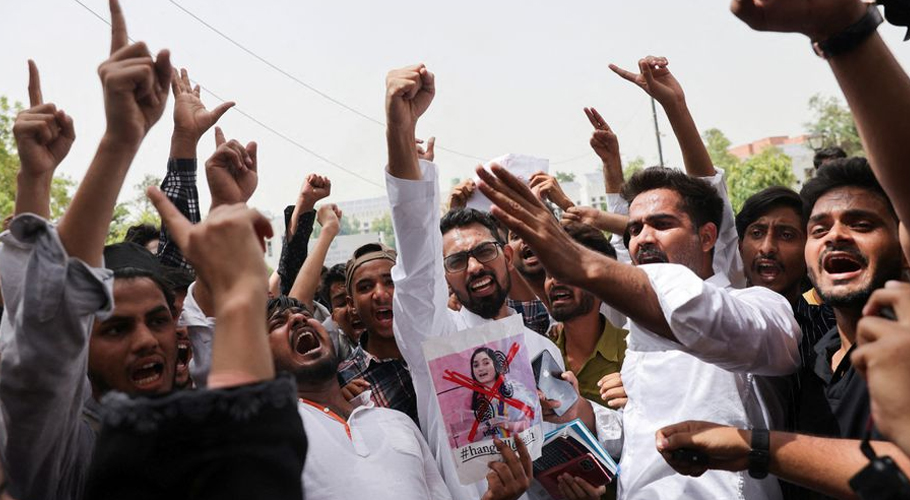 Two protestors were killed by use of force. Source: Reuters
June 15, 2022

NEW YORK: The United Nations called for halting violence based on “religious differences and hatred” in India where Muslims protesting against derogatory remarks by the ruling party leaders about Holy Prophet Muhammed (PBUH) are being attacked.

“Our position is, as we’ve said, time is for the full respect of religion for calling against any sort of hate speech or incitement, and of course, a halt to any sort of violence, especially one based on perceived religious differences and hatred,” UN Secretary-General’s spokesman, Stephane Dujarric, said in response to a question about UN’s stand on the escalating violence against Muslim.

The derogatory references to Islam and Prophet Muhammad (PBUH) by Prime Minister Narendra Modi’s BJP party has generated a huge diplomatic outrage, with several Muslim countries, including Pakistan, lodging official protests against India. Anger has poured out on social media, and calls for a boycott of Indian goods have surfaced in some Islamic nations.

The controversial remarks follow increasing violence targeting India’s Muslim minority carried out by Hindu nationalists. Over the years, Indian Muslims have been often targeted for everything from their food and wearing the Hijab.

Human Rights Watch and Amnesty International have warned that attacks could escalate. Human rights groups have also accused Modi’s ruling party of looking the other way and sometimes enabling hate speech against Muslims.

Authorities in India have demolished the homes of several Muslim activists allegedly linked to protests triggered by derogatory remarks by two leading members of the ruling party about the Prophet Muhammad (PBUH).’

Muslims have taken to the streets across India in recent weeks to protest against the anti-Islamic comments by the BJP leaders.

Over the last weekend, clashes broke out between protesters and police in several areas. Police in Uttar Pradesh arrested more than 300 people in connection with the unrest.

The house of an alleged mastermind of the riots, whose daughter Afreen Fatima is a female Muslim rights activist, was demolished amid a heavy police presence on Sunday. Properties of two more people accused of throwing stones after Friday prayers were also demolished in the state.

On Friday, two Muslim teenagers were killed when police opened fire to break up protesters in the city of Ranchi in Jharkhand state. At least 14 police officials were injured in the incident in Ranchi and other areas. A curfew was imposed and Internet services suspended to stop the unrest escalating.

Last week countries such as Qatar, Saudi Arabia, the UAE, Oman, Iran — which are key trade partners of India — lodged diplomatic protests to demand an apology from Modi’s government for the comments. 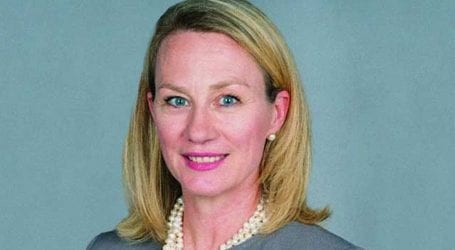 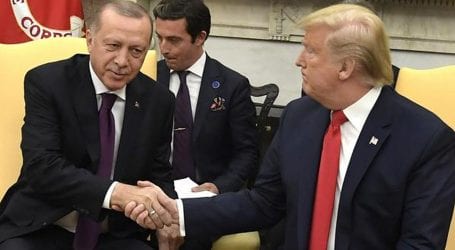 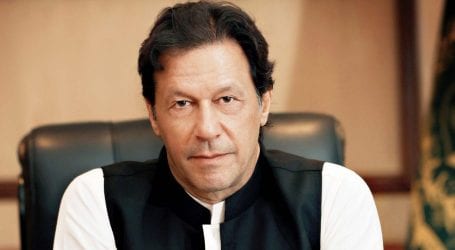