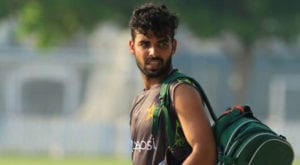 AUCKLAND: Pakistan all-rounder Shadab Khan has been sidelined for six weeks due to a left leg injury. According to the Pakistan Cricket Board (PCB), Shadab Khan has undergone an MRI scan of his injury. The injury of the cricketer is not

AUKLAND: Shadab Khan has been ruled out of the first Test against New Zealand due to a thigh injury after the third T20 match. Pakistan Cricket Board (PCB) confirmed the news and stated that Shadab Khan’s MRI scan will be 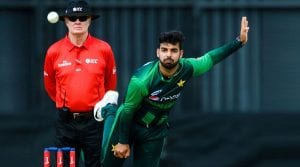 ISLAMABAD: Pakistan all-rounder Shadab Khan has been announced as the captain of Islamabad United for fifth edition of the Pakistan Super League (PSL). The leg-spinner is also the youngest captain in the history of the PSL to captain any franchise 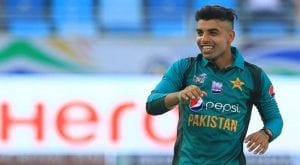 Pakistan’s leg-spinner Shadab Khan has joined next season of Surrey, T20 Blast. The exciting news was announced on the official twitter account of Surrey Cricket. “Our first @VitalityBlast signing of the day is @76ShadabKhan 117 international wickets at just 21