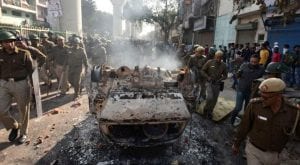 NEW DELHI: At least seven people were killed and several injured in protests over controversial new citizenship law in New Delhi. As per details, the violent protests took place during US President Donald Trump’s visit in India in which vehicles