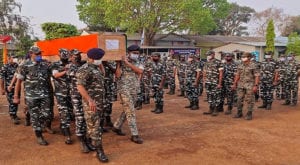 NEW DELHI: As many as 22 Indian police and paramilitary forces personnel were killed and 35 others sustained severe injuries in a clash with Maoist rebels in a central Indian state, government officials said on Sunday. As per the government officials,