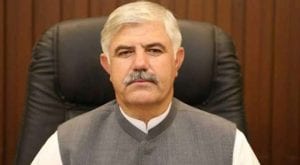 PESHAWAR: Khyber Pakhtunkhwa (KP) Chief Minister Mahmood Khan announced that the provincial government will rebuild the Hindu temple in Karak vandalised and burned by a mob. In a statement, the chief minister said the government will ensure the temple is 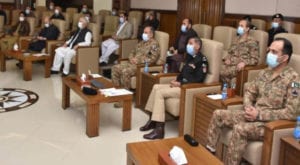 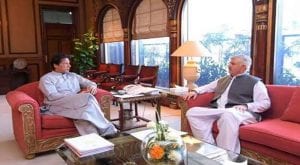 Prime Minister Imran Khan has summoned Khyber Pakhtunkhwa Chief Minister Mahmood Khan tomorrow (Friday). According to details, during the meeting, matters pertaining to the provincial cabinet, ousting of the provincial ministries and ongoing development project would come under discussion. CM

The PTI formed a government in Khyber Pakhtunkhwa, Punjab and the Centre after the 2018 general elections. The party has recently being facing problems in both provinces and the federal government after differences appeared between the lawmakers. In the latest

ISLAMABAD: Federal Minister for Power and Petroleum Omar Ayub Khan has said that another 100 electricity feeders in Khyber Pakhtunkhwa shall be cleared from theft by the end of December 2019 as an extensive campaign on these feeders is in

PESHAWAR: Khyber Pakhtunkhwa Chief Minister Mahmood Khan on Wednesday said that all-out resources will be utilised to make Peshawar an advanced and developed city. Presiding over a meeting in Peshawar, the chief minister said that the provincial government was committed